The cherry season is almost coming to a close in Spain, as most of the fruit has already been harvested, with the exception of that from plantations located at higher altitudes in mountainous areas.

In general, it has been a year with low volumes due to the impact of climatic adversities, especially abundant rainfall. Such is the case of Tarragona, where the campaign has just ended with a much lower production than estimated before the start of the campaign. 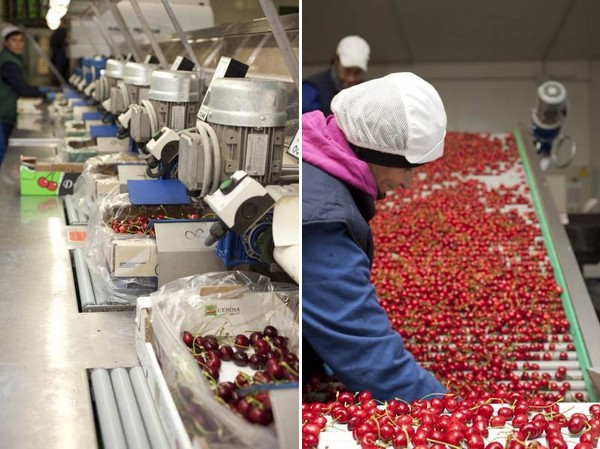 "This has been one of the worst campaigns in recent years when it comes to the weather. The excess rainfall has undoubtedly been our worst enemy. It has rained continuously from the moment we started with the first varieties until the latest ones,” says David Manero, partner of Cerima Cherries, of Tivissa, Tarragona.

Virtually all of the Spanish cherry producing areas and much of the Mediterranean arc have seen their harvests reduced. “Although lower yields were already expected before the harvesting started due to fruit setting issues, the persistent rains have caused our production to be reduced to between 45 and 50%. The fruit arrived on the market with good quality, but we've had to work harder on the fruit selection in the field, inevitably pushing the costs up,” says the producer and partner of this company.

"Prices have therefore been better than last season, but these will not compensate for the significant drop in volumes. Furthermore, given the lower supply, we have focused our exports on less distant markets in Europe, since there were many air traffic restrictions that made exports to distant destinations unfeasible,” he says.

During the first weeks of lockdown (because of the COVID-19 health crisis), some feared that there would be problems with the transportation of the high number of pickers that the crop needs in just two months of campaign, given the restrictions in mobility, but the issue was resolved.

“Although we already had enough coaches, at the same time, the number of seats allowed per coach increased. Also, we adopted all the necessary preventive measures, including the use of masks, gloves and disinfectants, as well as the strict keeping of distances, so we have not had any problems," says David Manero. "I think we have succeeding in salvaging this campaign, which started with so many threats. We have still suffered the consequences of the excess rain, but that is something that cannot be foreseen," he says.