Supplies of peaches from Georgia are ample.

This follows a bit of a challenging winter for Georgia. “We had an extremely abnormally wet winter. There were some delayed plantings and we lost some young plantings. We’ll come back next year but it was really challenging,” says Dickey. “It was really tough to start out the year in terms of getting trees in the ground.”

That wet weather continued into spring, which was also cooler than usual. “We had some warm weather—it wasn’t necessarily an abnormal cold spring but maybe it was a cool one,” he says. “Last week was the first strong week into the 90 degrees which is atypical compared to the past few years.” 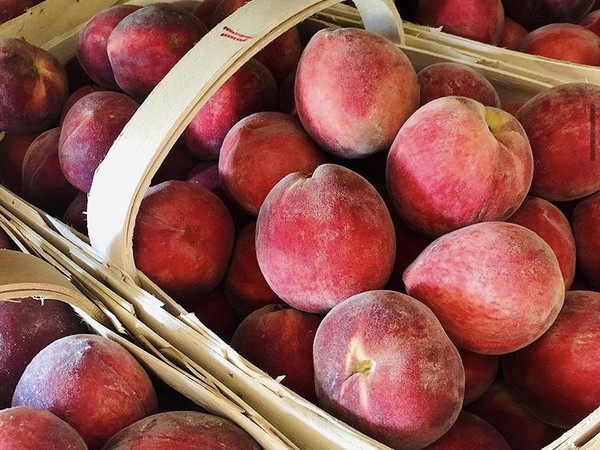 An early start
That said, the crop is just slightly early this year and saw some smaller sizes come on earlier in the season. “Up until about two or three weeks ago the sizing was a challenge. However now we’ve got great size and great quality. The quality is just off the charts this year,” says Dickey.

Meanwhile demand has been strong for the fruit as well, stronger than last year in fact. “Peaches are a largely fresh market consumption item. Very little is used in foodservice and grocery demand has been up,” he says. “There’s been good demand in all channels really.”

That has led to equally strong pricing. “Pricing always starts out high and then comes down, but it really hasn’t come down much. It’s remained firm,” says Dickey.

Looking ahead, Dickey, who notes the season wraps up generally mid to late August, says that next week and the week after will likely see the heaviest volumes come on. “That’s a bit earlier than usual in terms of our peak weeks. But I think it will work out well given there’s good demand right now,” he says.