"We must look beyond the underlying economic problems faced by South Africa for the opportunities generated by a growing urbanised population." Professor Philippe Burger, Pro-Vice-Chancellor for Poverty, Inequality and Economic Development at the University of the Free State (UFS) calls this vision, the 'Future of South Africa Vision'; a vision where economic growth is high, inclusive, green, investment-driven and urban-focused. 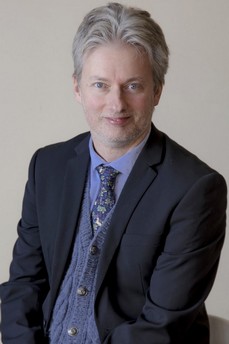 Participating in PMA Southern Africa’s fourth PMA Talks this week, Burger said South Africa was already in an economic recession before the COVID-19 pandemic. He added, as a consequence of the recession many South Africans have fallen into a 'junk status vision' of South Africa as country characterised by dilapidated infrastructure, an insolvent state and state-owned enterprises, and junk credit ratings. And then on top of that came COVID-19.

"We cannot deny our problems; we need to address them urgently. However, we must look beyond these problems and reimagine what South Africa could look like in 10 years or 25 years from now,” he said.

“According to the Council for Scientific and Industrial Research (CSIR), around 38 million of South Africa’s population now lives in urban areas, and almost 20 million in rural areas. By 2050, the population living in urban areas will increase to around 58 to 62 million and those in rural areas will decrease. Looking 15 years ahead, South Africa’s urban population will increase by an estimated 12 to 14 million people. This equals the number of people currently living in Gauteng.”

He explained a very strong, sustainable agricultural sector and agro-processing industries will be essential to ensure food security for all. Innovation in the energy and water sectors will be required to meet increased energy and water demand, and address concerns about climate change.

‘The Future South Africa Vision’ requires an upward shift in the investment curve, which has seen a downwards shift over the last couple of years. If companies invest effectively, we should raise this to between 20% and 25% of the gross domestic product (GDP) growth, and grow the economy with an average of 3%. Data for the last two decades show that for every 1% growth in GDP, the country could see an increase of 0.8% in employment, thus indicating the importance of higher economic growth, he said.

“In the view of almost 30% of South Africa's population still living on communal land, government must formalise the policy of tenure rights not only to embed farmers on this land into the modern supply chains but also allow for the private sector to invest in these communal areas.”

Burger concluded: “Government and the private sector needs to understand what a ‘Future South Africa Vision’ entails to combat our junk status position. Key is that the country needs a serious investment compact overall, and sectoral deals between government and business.” He believes the Public-Private Growth Initiative (PPGI) might be a good start, however, it is not the end of the process.