This year's campaign for wild mushrooms is now in full swing in German specialist shops. Chanterelles have already been available for several weeks, and the first porcini mushrooms have also recently arrived for the first time. Despite the positive supply situation at the beginning of the season, there is a possibility that imports will be

made considerably more difficult as a result of Eastern European border controls and the increased transport time cannot be ruled out, warns Cleopatra Zwicknagl (right), wild mushroom expert and managing director of the trading company of the same name based in Wackersdorf. 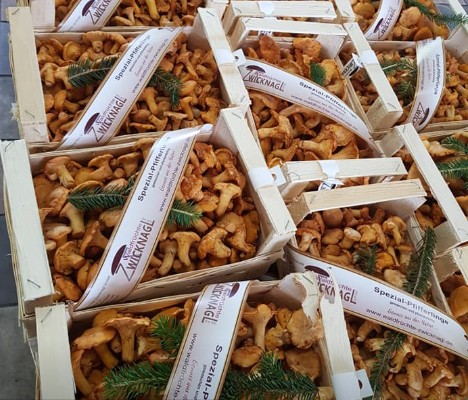 At the headquarters of the Bavarian mushroom specialist, everything is about wild mushrooms at this time of year. "We now receive chanterelles every third day from Serbia. The quality at the beginning of the season is outstanding," explains the retailer. Porcini mushrooms are now also available and are mainly sourced from Romania." 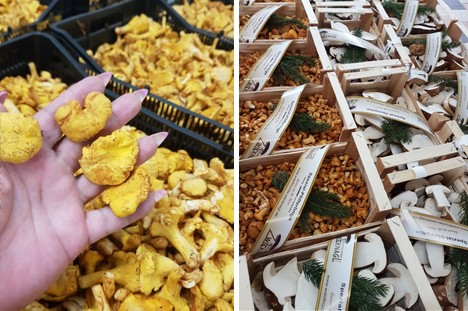 Peak season is imminent
In about two weeks, Mrs. Zwicknagl expects the first chanterelles from Belarus, traditionally the start of the annual peak season for wild mushrooms. Subsequently -around the first of July- the first arrivals from Russia's "chanterelle paradise" Kaluga are expected to hit the market. "Normally we would have offered Bulgarian goods in the meantime. Unfortunately, the chanterelles there are mostly transported wet, which is why after 30-40 hours of transport, they are not too great when they arrive at our premises. For this reason, we have refrained from offering Bulgarian goods this time." 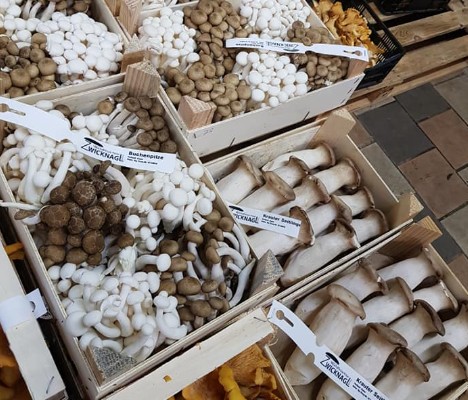 Corona continues to influence the market
How this year's season will develop is difficult to predict, says Zwicknagl. This is because wild mushrooms are extremely weather-dependent and the weather in the Eastern European collecting areas has been very changeable and unpredictable in recent years. "Last year we were able to offer chanterelles well into November. Porcini mushrooms were even available until Christmas."

Instead of climate change, this year's wild mushroom campaign is heavily influenced by the Corona pandemic. "Currently, our prices are already 20-30 percent higher than last year. I hope that the prices will go down quickly. In any case, the decisive factor will be how border controls in Eastern Europe will develop, which will affect the possible additional costs of transport to Germany. All this is still uncertain at the moment", Mrs Zwicknagl says.