“There is a good demand for our HEV certified zucchini flowers”

Among its range of colorful products, Midiflore currently offers zucchini flowers. The company is specialized in the production of aromatic herbs and edible flowers. “We started harvesting almost a month ago. The season will end around September/October. The product was in high demand last year, so we increased the plantation this year,” explains Sylvie Recouvrot, manager of Midiflore. 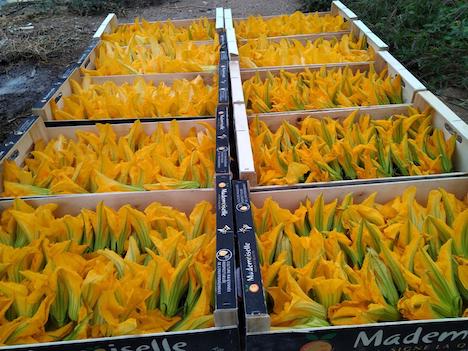 The reopening of restaurants revives the demand
Targeting mostly restaurants as its final customers, the company’s activities unfortunately slowed down during the lockdown. But the reopening of restaurants is reviving the demand. “We now have a good demand for our products again. Zucchini flowers in particular are used in traditional dishes of the south of France. They can be made into beignets, stuffed or used with codfish brandade. Their consumption is very popular,” explains Sylvie. 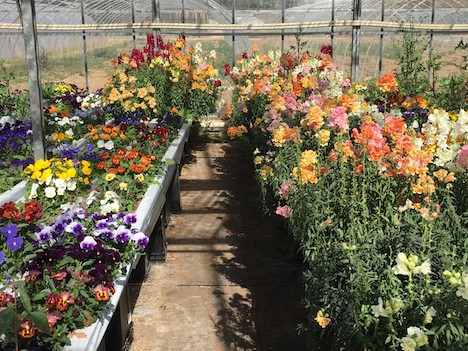 A promising market for edible flowers
The French are not used to eating flowers, but Sylvie is convinced that the market could develop by communicating about these unknown products, used in the kitchen for their ornamental rather than culinary value. “There really is a promising market for these products. Nowadays, consumers use edible flowers occasionally, usually to imitate dishes served to them in a restaurant. But I believe that the market will develop. We already see the demand increasing for cocktail workshops at weddings. Additionally, social networks such as Instagram are also an enormous help to get these products known.” 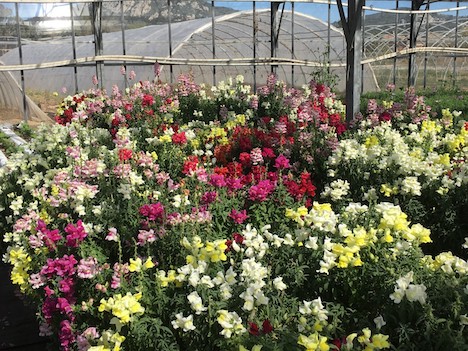 A meticulous harvest following the seasons
Sylvie enjoys working among the intoxicating scents and bright colors of the flowers, but the harvest is meticulous work. “All our flowers are harvested by hand. We currently harvest 1,000 zucchini flowers per day. Once picked, the flowers are sent to our clients on the same day to guarantee maximum freshness,” explains Sylvie.

“As a family business, we remain responsive and adapt to the demand of our clients. So we try to plant based on the demand as much as possible. Last year, we had 27 flower references in total. We chose to sell only our production and thus to work only with seasonal flowers. And when the campaign comes to an end, we don’t get our supply from another country. This way, we promote the French production.” 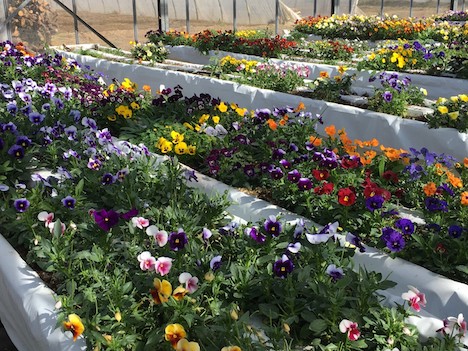 A production which respects biodiversity
Since the company’s takeover, production methods have changed drastically. “We stopped all phytosanitary treatments and we now only use organic treatments. Since this year, we have obtained the HEV certification and some productions benefit from the organic label. Since we stopped the treatments, the number of bees in our fields is quite impressive. Even the neighboring producers cannot believe their eyes. They’ve never seen so many pollinators in the plots. We also release hedgehogs to fight slugs and promote biodiversity whenever we can by putting hedges between the plots, for example.” 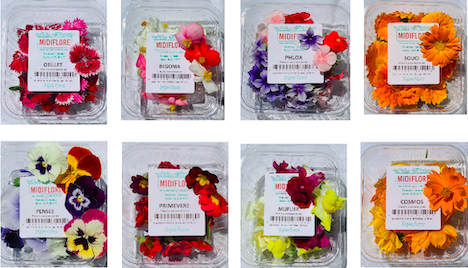 About Midiflore
Midiflore has thirty years of experience. Located in the south of France, the company was bought four years ago. The company is specialized in the production of aromatic herbs, but the new management decided to develop the cultivation of edible flowers as well. The company covers 10 hectares of production, mostly in open fields but also in greenhouses and shadehouses. The many flowers planted by Midiflore include borage, pansies, begonias, nasturtiums, mimosa and fuchsias, among others.