Francesc Giral, of Conjunfruit: "There is hardly any production of organic Paraguayo peaches"

"It won't be an easy campaign for organic stone fruit"

"We started the campaign with the first batches of organic apricots harvested at the end of May, of which we have more than 50 tons, and which we plan to market until early July. In June, we will start with the nectarine harvest, of which we have 200 tons, which will be marketed until late August. We'll also sell about 100 tons of yellow peaches from June to September," says Francesc Giral, commercial director of the Lleida-based cooperative Conjuntfruit. 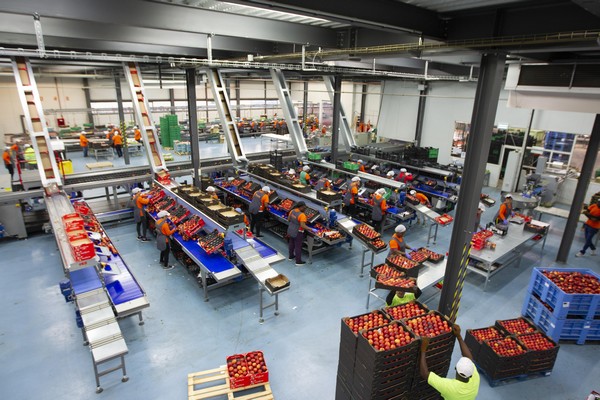 This year, the Catalan cooperative will handle 450 tons of organic stone fruit from its producing partners. Its objective is to reach 2,000 tons of organic fruit by 2022 thanks to the plantations that its partners are currently converting. Growers of both stone fruit and organic top fruit are also being given the option of a GlobalGAP certificate.

Difficult campaign due to the impact of the weather
"It is not going to be an easy campaign for organic stone fruit producers in Spain, since the high temperatures in February caused the flowering to happen about two weeks earlier and, later, the temperatures fell, affecting the phenological development," says Rodrigo Masip Añó, technical director of the 'bio' range and executive of the organic portfolio of Conjuntfruit. 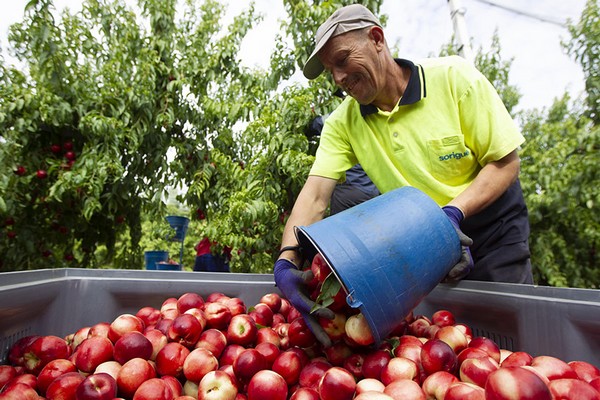 In general, the 'bio' fruit campaign is looking interesting, full of uncertainties, since the spring has been very wet so far and this is causing damage to the fruits' skin, due to the magnifying effect of the water droplets and the incidence of sunlight. This is already being observed in apricots," says Masip Añó.

To this we must add the impact of frosts in late March, which "our associates avoided thanks to the use of anti-frost meshes on our farms, but which will cause an overall reduction in Catalonia's stone fruit production," said the head of the 'bio' segment at Conjunfruit.

The cooperative will start marketing its 'bio' stone fruit in a week, with its first operations carried out in the German and French markets.

"We will distribute both to conventional chains and to specialized supermarkets in Germany. We are prepared to operate with large distributors after our experience last year, in which we were a leading supplier of stone fruit for a European distribution group," says Francesc Giral.