15 years ago, Audra Leitz was walking through her family orchard when she stumbled upon a delicious cherry. The family had initially thought it was a Rainier variety, but upon tasting it they found it was already sweeter than other Rainiers they had. They allowed the tree to continue to ripen and were surprised when the skin of the cherry turned a purplish/mahogany hue and even more surprising was the flesh was still yellow/white like a Rainier but it had some blush also.

Richard Leitz, his son Matthus and Audra were excited about the cherry. Over the years it has garnered a loyal following with several regional grocery stores. 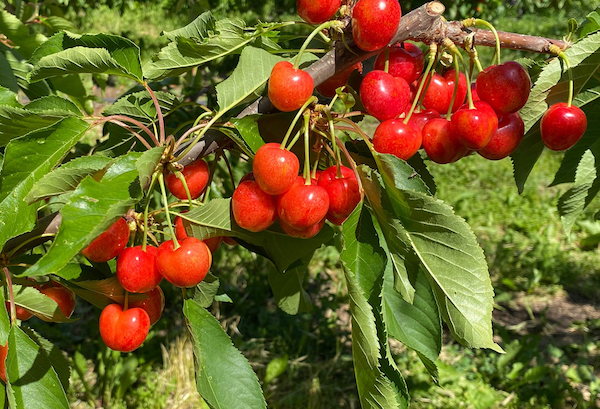 According to Richard Leitz, “We would head to a city in Washington State with a few hundred boxes in the truck and go store to store selling them. More than one produce manager told me it was the best tasting cherry they’d ever tried. Our increased volumes in the variety made this approach not a reality any longer.”

The variety typically harvests in early June and the harvest lasts about 10 days. This year, they’re anticipating around 100,000lbs of cherries in total.

The brand Audra Rose is trademarked after they worked with the state to assure it was a variety with a unique physiology and it was. They are now looking forward to having more people get to enjoy the great taste of their Audra Rose. 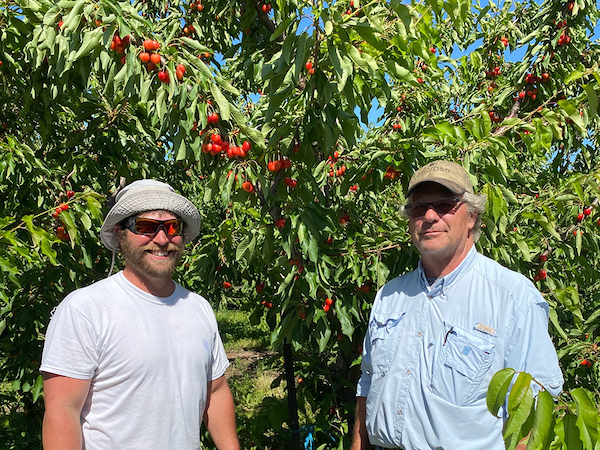 Conrad & Adams Fruit Company LLC is the exclusive marketer of the Audra Rose.

“When we let the cherry ripen to the purplish outside color it is crisp, and so sweet it almost hurts your teeth,” said Matthus Leitz.

Harvest is expected to begin the second week of June. The predominant pack will be a 1# clamshell.