The global demand for pomegranates has been steadily increasing due to its properties of being a superfruit. Armed with competitive prices and the improved Early 116 variety, Egyptian pomegranate suppliers such as Cairo farms are seeking to expand their exports to Europe.

The global demand for pomegranates has been steadily increasing over recent years and is projected to reach a market size of USD 263.7 million by 2025, from USD 204.3 million in 2019. It has been classified as a “superfruit”, containing high levels of Vitamin C, punicic acid and antioxidants, and are popularly used for juice, supplements, or even skincare products.

This season has seen a worldwide decrease of pomegranate supply due to the coronavirus, explains Cairo Farms, a supplier based in both Egypt and the US. According to Tridge’s price data, global pomegranate prices have risen by 14.3% over the last quarter. 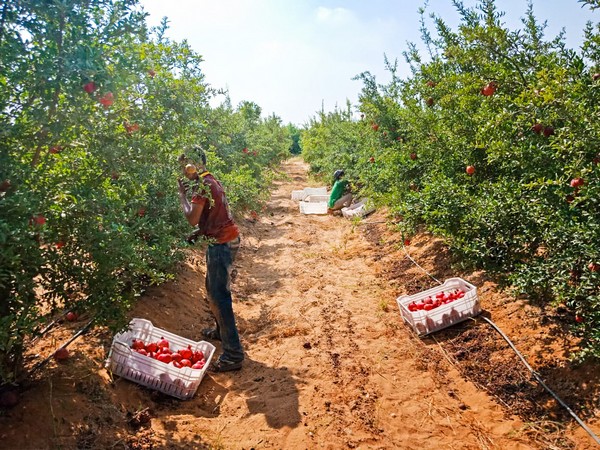 Harvest for the 2019/2020 Season
The start of the Egyptian pomegranate harvest for this season has been pushed back by two weeks from fluctuating temperatures which caused the flowers to bloom later. Harvest for the Early 116 variety that usually occurs between the end of June to early July is expected to start in late July.

Due to delayed production during April from the coronavirus scare, Egyptian pomegranate production has seen a decrease this season. According to Cairo Farms, demand is already high and the fruits are expected to be priced slightly higher than the last season from the shortage despite a harvest volume increase at their establishment of 10-15% at 400 tons compared to last year.

Early 116 Pomegranates: The New and Improved “Wonderful”
The Early 116 Pomegranates are referred to by this name as they are harvested almost two months earlier than the Wonderful variety, one of the most popular types which are harvested from late September to October. In addition to being sweeter than other varieties (Brix level 18), its early harvest allows the Early 116 to have an early advantage in the market.

As early as the 116 variety is, Cairo Farms’ special fertilizing techniques allow the fruits to be harvested one to two weeks in advance. The company is also the first supplier to receive certification for exporting pomegranates from the Egyptian government, due to environmentally friendly organic farming practices.

Exports to be Focused on the European Market
European pomegranate consumption has grown steadily over recent years, especially from Spain and Greece. Egyptian suppliers including Cairo Farms are seeking to focus on increasing exports to the European market. As European demand for organic, healthier produce grows, especially in the Northern regions, suppliers such as Cairo Farms that use an eco-friendly seaweed fertilizer are at a greater advantage at expanding export destinations to Europe.

Currently, the Wonderful pomegranate is the most commonly exported Egyptian variety. While Turkey and Peru are currently the main exporters to Europe, the Turkish harvest season overlaps with that of Mediterranean Europe, making the pomegranate market an overly competitive one during those periods. The pomegranate harvest in the Northern Hemisphere including Europe ranges from September to February, and March to May for the Southern Hemisphere, giving the Early 116 an exceptional advantage in exporting from July to August when there is little competition.

Egyptian pomegranates are also at a considerable price advantage compared to products from Turkey, Spain, and Israel due to lower costs. Cairo Farms has recorded major sales to Italy and Spain last year and plans to expand on exporting to more European markets.