The Australian stone fruit industry is 'quite pleased' with the 2019/20 season, which featured increased values, despite several challenges domestically and internationally.

Summerfruit Australia CEO Trevor Ranford noted that different growing areas had some hail in a couple of regions across the season, while others dealt with high water costs, but overall, the industry's production was strong across all of the commodities.

"The industry went into the export season on the back of a record year 2018/19, with over 23,000 tonnes," Mr Ranford said. "There was a level of confidence, particularly in the Chinese market, and growers had come to terms with what they needed to be supplying to get good prices. I think in the first couple of years there were issues surrounding poor quality fruit into the market, but over the past two fruit has been harvested at increased maturity, and a better understanding of the market, especially through people from the industry visiting and building up relationships. While some challenges take the gloss off what we have achieved, it was still a strong year. I think we need to recognise the work of John Moore and Ian McAlister and others who have spent 10 years opening China up for the industry." 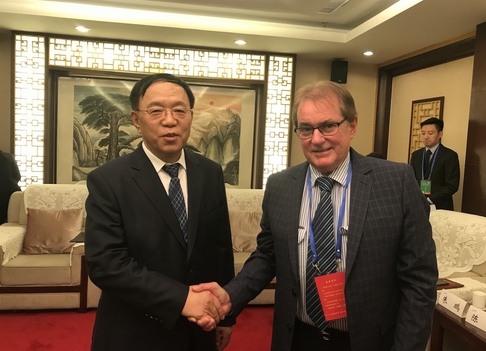 On the back of this strong 2018/19 export market came a number of new and important activities between the Australian Summerfruit Industry and counterparts in China. In September 2019, Summerfruit Australia Ltd and Australian growers and exporters were recognised with China's Fruit King Award in recognition of the outstanding export season 2018/19 of Australian stone fruit to China.

"This Award was presented at the Fruit & Vegetable Fair held in Beijing over the 7th-11th September 2019 and in part, this was recognition of John Moore for his persistence and hard work not only over the 2018/19 season but over the past ten years," Mr Ranford said. In October 2019, John Moore, SAL Market Development Manager, participated in an event in China that resulted in Summerfruit Australia Ltd signing a Memorandum of Understanding. The three parties to the MOU are: China Entry-Exit Inspection and Quarantine Association (CIQA), Yuncheng Fruit Industry Development Centre, and Summerfruit Australian Ltd. This is a unique agreement and at the time the Chair of SAL, Andrew Finlay noted ‘this is another significant step in establishing the Australian Summerfruit Industry as a valued trading partner in China’." 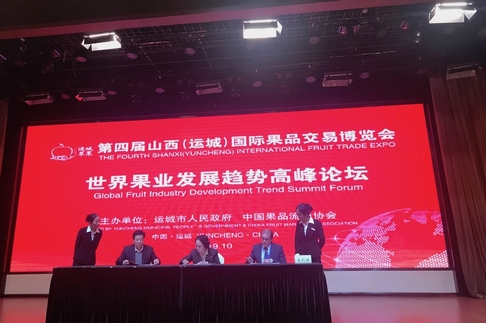 Mr Ranford says those results plus the two important events set the industry up for the 2019/20 season, and exports began really strongly with proactive promotions and marketing leading into Chinese New Year. While growers had prepared for a slow down during this period, they were dealt a blow, with the coronavirus outbreak.

"That added additional challenges to the ongoing part of the year," he said. "The export figures that we have had put together have highlighted until the end of March, we were travelling at just over 21,000 tonnes. In comparison to last year, that was 2-3 per cent less, but what we did see was the increase in the value of the industry and that related to the returns that the growers were getting. That highlighted that the industry has been focusing on the high-end market in China."

It was the second setback in as many years for the industry, after market closures last season for a review of protocols. Summerfruit Australia admits it is still counting the exact cost of COVID-19. There was product that was caught up in the lockdown restrictions; in containers, on ships and in ports where they could not be unloaded.

"We don't at the moment have a good feel for what those losses were, but they were substantial for the industry, in real terms," Mr Ranford said. "That took some of the gloss off the season. That may reflect the lesser volumes recorded by the end of March. The flow-on effect was the product that couldn't go to China were sent back to the domestic market. So, some of the growers suffered lower returns - some below the cost of production." 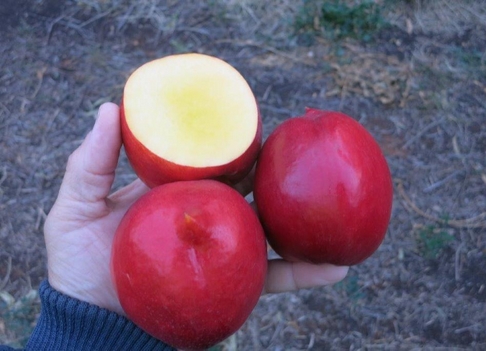 It was not just China, with some of the other export countries also restricted, due to lockdowns that were imposed by various governments, but Mr Ranford pointed out that some countries such as Canada increased. While only a small supply is sent there, the yearly increase was substantial. He says that this creates an opportunity for the industry to assess all potential markets.

"The Australian Summerfruit Industry has built a strong relationship with our counterparts in China and as a result, we will work hard to retain and further build on that relationship," he said. "China has developed as our number one export market but at the same time we need to focus on both our other markets and opening new markets. The industry is in interesting times, but we have time between now and the new season product becoming available in October onwards, to develop and implement our marketing programs. But it highlights the need to continue to work with the Department and Government for additional market access." 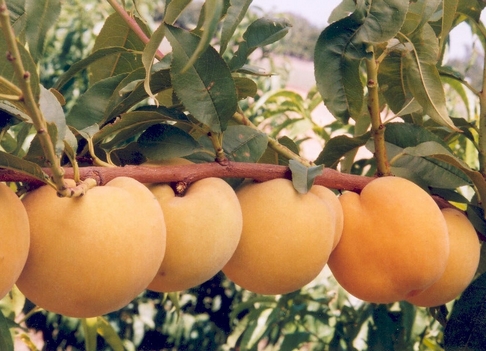 It comes as the Indian government's approval of new biosecurity arrangements last week opened the door to more export opportunities. The industry is currently reviewing the information and looking at what opportunities the new arrangements offer as far as additional and/or changed treatment options. Mr Ranford is also hopeful the area of tariffs put on stone fruit going to the Indian market can also be addressed. Any reductions can be a win-win for our growers as well as for the supply chain in India.

The growers who had low exposure to the effects of COVID 19 and not affected by hail were very pleased with the season. Summerfruit Australia says while all four of the main stone fruit varieties have new varieties coming on, nectarines and plums are the strongest in terms of growth. 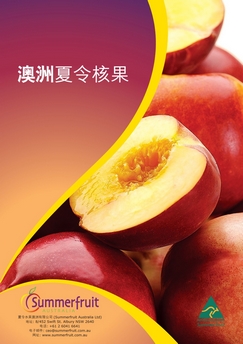 "Above that, the industry is continually getting better, and spending time and resources, at ensuring that we are picking whatever we are growing to ensure the consumer is getting the right quality product," Mr Ranford said. "The challenges are always going to be the availability of water, with some growers deciding that it is no longer viable due to the inability to access water or pay the high cost of water particularly during the middle of Summer and the optimum growing period. It is always going to be front of mind for the industry - if you can't get the water, you can't grow the product. There are also challenges around getting labour and covering the costs of getting labour. As an industry, we are working on those sorts of areas, but it is time consuming."

Summerfruit Australia is working with the Department and the Australian Government to gain market access to a number of additional countries.