40% of fruit producers will uproot their trees after the harvest

Stone fruit producers in the Spanish Region of Valencia are dealing with disastrous results this campaign, bringing the sector's situation to unsustainable levels. So much so, that the Valencian Association of Agricultural Producers (AVA-ASAJA) warns that 40% of the apricot, peach, nectarine, Paraguayo peach and plum growers have decided to uproot their trees when the harvest is completed, especially in July and August, given the continued lack of profitability. 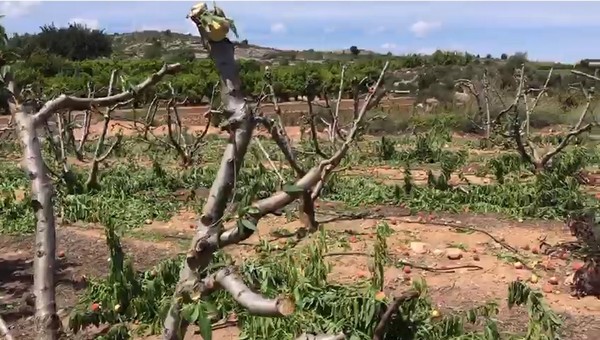 The acreage devoted to these fruit trees in the Region of Valencia amounts to 10,272 hectares (ha), according to statistics from the Ministry of Agriculture included in its ESYRCE report for the 2019 financial year. Therefore, AVA-ASAJA estimates that producers in the region will uproot about 4,000 ha. This drastic reduction adds to the 2,000 ha that the Region has already lost during the last decade (12,020 ha in 2010) and the 8,000 ha lost since 2002 (18,202 ha).

The agrarian organization denounces serious problems with the marketing due to the lack of demand for small sizes, aggravated by the closure of the Horeca channel due to the COVID-19 crisis and the strict standards imposed by large European retailers.

In the opinion of the agrarian organization, another determining factor for the stone fruit season has been the climatic anomalies of the past few months, which have caused the harvest in the Region of Valencia to be reduced by more than 20%. The impact of storm Gloria in January and the record number of rainy days in April, combined with the high temperatures, have mostly taken a toll on the early varieties, which have had more difficulties, despite rigorous thinning, to grow to the right size to be sorted as class A.

The president of AVA-ASAJA, Cristóbal Aguado, says that “the situation of stone fruit trees in the Region of Valencia is desperate. In terms of profitability, last year was the worst in the last three decades, and if this season ends as badly as it has started, a considerable number of producers will say enough is enough and will join those who have already thrown in the towel. Either a decent price is paid or there won't be a production. It is unfortunate to lose such a traditional part of our agriculture because fruit growers are forced to sacrifice their trees. Although the majority will simply abandon the farms, many of them will reconvert the orchards and plant other crops, such as citrus or almond trees, which could lead to excess production in the future.”