As the potato industry moves on from the sudden COVID-19-related drop in foodservice demand, supplies are shifting and retail demand continues to be strong for the vegetable.

On yellow potatoes, supplies of storage crop yellows continue to wind down in North Dakota, Colorado and Idaho. “Pricing has remained steady in all areas due to short supplies,” says Tim Huffcutt, vice president, sales and marketing operations for RPE, Inc. in Bancroft, WI. He also notes that new crop yellows are available from Florida and California, though at higher pricing. “Movement has begun to slow due to the above normal pricing,” he says.

As for new crop white potatoes, they too are shipping from Florida and California at higher prices which is attributed to the reduced available volume.

He does note that with red and yellow potatoes, the landscape is similar to last year, where markets overall continue to be very strong and demand likely exceeding supply from May through July. “Florida, Texas, California, North Carolina, Kansas, Missouri and Virginia will have the responsibility of fulfilling North American demand during the late-spring/early-summer months,” Huffcutt adds. 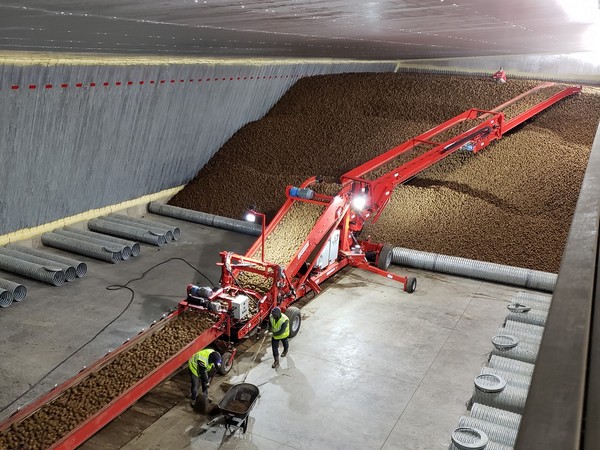 Boost on Russets
As for Russets, movement continues to outpace the pre-COVID movement by a minimum of 20 percent, says Huffcutt. “This has kept pricing very steady. The only weak spot in the market would be on larger-sized russet potato cartons that were originally intended for foodservice. Supplies appear to be adequate in every state, with the addition of the Burbank Russets grown for processing, which are also recently seeing a slowdown,” he says.

Of course, as Huffcutt points out, this year in potato movement is anything but a normal year. “What’s unfolding involves a range of factors such as the impact of 2019 weather events and unprecedented retail demand offset by devastating foodservice challenges related to COVID-19,” he says, adding that as of late April, availability of potatoes for bagging remains relatively tight. “With Russet potatoes, we were already managing a smaller profile and relatively tight supplies compared to previous years. Nevertheless, Russet movement continues to significantly outpace the pre-pandemic movement.”

Demand for potatoes certainly shifted once COVID-19 significantly began affecting North America in March. “After uncommonly high retail demand during March, we experienced a second uptick of retail activity with the pre-Easter surge,” says Huffcutt. Now, strong demand is being seen at Club stores and discount-themed retailers. “Intuitively this makes sense. As consumers consolidate and reduce frequency of their shopping outings to reduce COVID-19 risk, retailers providing groceries as well as other essentials including cleaning/disinfecting supplies are experiencing high usage,” he says. “And given the economic reality of 24+ million individual worker unemployment claims, value is a trend that won’t likely dissipate soon.”

What will foodservice look like?
What remains in question for potatoes though is how foodservice demand will factor in. “The fingerling potato market has become vulnerable to slightly depressed with foodservice business losses,” says Huffcutt. “Storage crop fingerlings are available in several states, along with new crop fingerlings from Florida and California. This variety in the weeks ahead presents promotional opportunities for the retail sector.”

That leaves the challenge of finding an outlet for potatoes that were stored for foodservice. “Moving supplies earmarked for foodservice to the retail sector is not a simple task. A potato varietal intended for foodservice preparation because of its optimal frying attributes doesn’t store the same as other russet varieties better-suited for retail,” says Huffcutt.

Meanwhile, with these trends in the background, RPE recently launched a new Website. “We understand that consumers are looking for three things on a Website—recipes, product information and nutrition facts,” he says, noting the site will feature products such as RPE’s Tasteful Selections American Blend (which launches in June) and its American Blend Roasted Air Fryer Potatoes. The newly launched site is reorganized to give consumers an easier format to navigate and Huffcutt adds that the site’s design also now allows optimal user experience, whether a visitor is looking at the site from a mobile option or desktop.

And looking ahead, Huffcutt notes that the situation for potatoes continues to be fluid. “The well-above-average demand of the last few weeks will impact availability and price as we move toward the end of storage crop supplies,” he says. “Now with certain states easing restrictions, we are closely monitoring what it will mean for foodservice and other stakeholders in the food supply chain. As restaurants begin resuming operations, eventually that supply chain has to get filled again. How and when it happens are among the questions waiting to be answered.”