Despite the challenges presented by the coronavirus pandemic, the Alto Vida Group continues to supply its clients in South Africa, Angola and West Africa with quality fresh produce and pre-packed fruit and vegetables.

The coronavirus pandemic may have taken its time to reach Africa, but the recent spike in numbers proves that the continent will not be spared. As the threat to public health escalates, so to do the government restrictions – the list of countries implementing curfews, shutting down borders, and imposing lockdowns grows longer by the day. 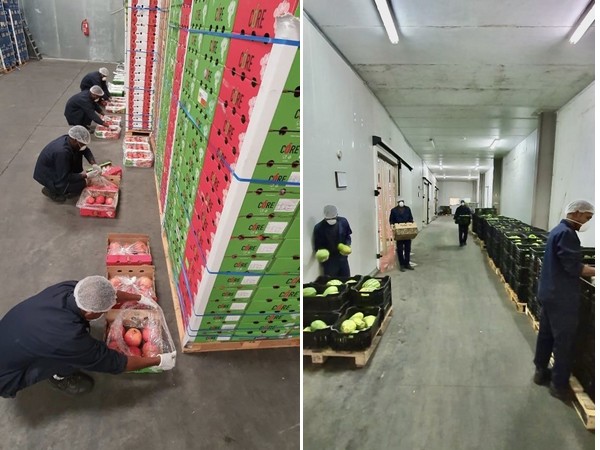 The Alto Vida group is determined to ensure that food security on the continent is not adversely impacted. “It will not be easy, but we owe it to both our customers and our suppliers,” says the firm’s Commercial Manager, John Kotze. Adding that fresh fruit and vegetables are the “cornerstones to staying healthy and fighting off the virus.”

Situation on the ground
Employees at Alto Vida’s Head Office in South Africa have been working from home since mid-March. Meanwhile, the company’s distribution centres across the continent are operating in shifts with reduced staff complements to ensure that social distancing is possible. All staff have been supplied with state-of-the art personal protective equipment, and hygiene standards have been ramped up at every stage of the supply chain.

Alto Vida’s trucks continue to travel through South Africa, Namibia and Angola, despite the fact that all three countries are currently enduring strict lockdowns which will continue until at least the end of April. Most important international borders are still open for essential services (e.g. the distribution of fresh produce), but clearance is taking a lot longer than usual due to extensive screening of drivers and their cargo.

“The most difficult part is getting the documentation as the borders are operating with a skeleton staff and it’s taking longer to clear containers due to the same reason. A lot of countries have stopped courier services, so it is extremely difficult to send documents,” comments Robert Meintjes from the company.

“The Egyptian season is finished but we are still receiving product from the tail end of the season. Most of the South African fruit is trucked to the destinations in Southern Africa, we do send via sea freight, but the availability of containers has been limited and the clearing process is slow and uncertain during this period of lockdown.”

Lockdowns have been implemented in some of the West African countries Alto Vida operates in, namely Togo, Gambia, and Ivory Coast. The company’s ability to transport goods freely has already been seriously curtailed and further tightening of controls is expected. Delays at seaports have had an especially severe impact on customers in landlocked West African nations such as Niger and Mali.

Oil prices
“The drastic drop in oil price will heavily influence the buying power of some African countries. Angola, one of our main markets, is the 2nd biggest oil producer in Africa and we are very mindful of the impact on the ability to repatriate foreign currency. However, we think the country will see a delayed effect, with sufficient reserves in the short term to meet foreign currency obligations as only the imports of essential products are continuing as normal while non-essential have been reduced.”