"With vitamin D mushrooms might find even more space on the plate.”

The only vegetable which contains vitamin D is the mushroom and according to James Meers from G’s Fresh Mushrooms sales of mushrooms have been up recently, but he puts that down more to the fact that people have been cooking from scratch rather than the vitamin D content.

“Sales have been up across the board especially for storable veg such as potatoes and onions. Traditionally the mushroom has been used to bulk-out a dish, but with vitamin D mushrooms might find even more space on the plate.” 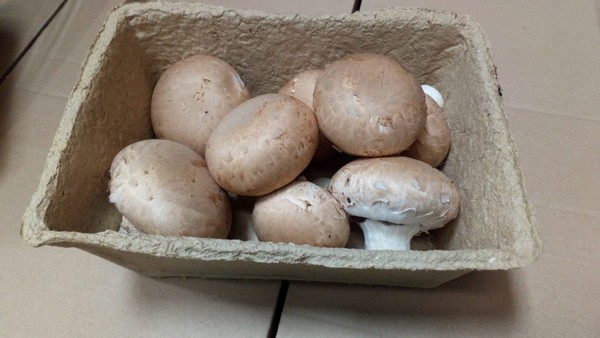 As people are ’learning’ to cook all over again the mushroom is a very versatile ingredient for pasta, stir-fry, omelettes etc. it has also been available when other products such as meat have been in short supply which may also have contributed to sales.

“When people took part in Veganuary we also saw a huge uplift in sales, so when there was no meat on the shelves people may have looked to the mushroom. We have chestnut mushrooms in the retailers with enhanced levels of vitamin D, so possibly as news spreads in the media that vitamin D could build up immune systems, we may see a further increase, but traditionally mushrooms sales decline as temperatures increase.

“We have had no disruption in our Eastern European mushroom supply, initially there were delays at some borders but now the roads are practically empty.”