No movement at the ports, no drivers for containers

India in lockdown, trade comes to a halt

India has taken its next step in fighting the coronavirus, as the Indian Prime Minister announced a 21-day lockdown, ending the 15th of April. The country was already on a curfew, but it seems all port activity has now been stopped and all international passenger airlines, which would also carry cargo, have been suspended.

The fresh produce trade in India might come to a complete stop, with the exception of the food sector in retail. The Prime Minister announced a lockdown at midnight, going into effect on Wednesday the 25th of March. The lockdown is to last at least 21 days, ending on April the 15th.

According to Priyatham Vankayalapati, CEO of Sam Agri, most businesses have been ordered to close their doors: “The factories, facilities and offices in India have been ordered to close till April 15th. Only essential services which includes food, fruit & veg is indicated to be open, but this is only at a national retail level. But for manufacturers and food processing companies depending on state to state, we have to request and seek official government permission to operate our facilities. Even then it will be challenging to get people to the facilities they’re needed in.” 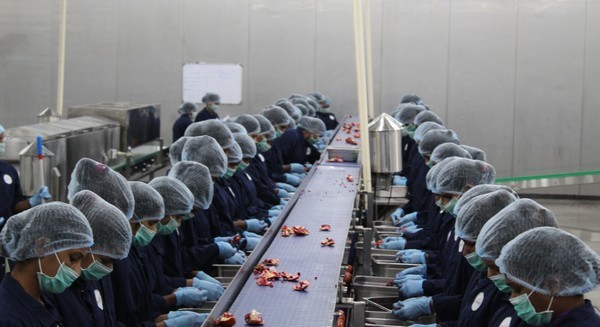 Vankayalapati states that there are no good alternatives to the suspended airline operations: “Secondly on the logistics front, there are challenges as all international passenger airlines have suspended operations. Passenger planes carry most of the perishable cargo from Mumbai, Bangalore or Hyderabad. Now, we have to depend on cargo freighters whose schedule and freight rates, which currently are at 2 to 3 times the normal rates, are not feasible or conductive for perishables at this point of time. We hope things will resume normal operations in 15 to 20 days’ time, as everyone adjusts to the new norms and offices, and facilities will open partially/completely again. For imports it’s basically the same issues as there are lesser flights coming in.”

Monsoon Green Earth Farms had already stopped their operations five days ago, despite the fact they have more than enough grapes to export. The biggest issue according to Laxman Savalkar, director of MGE, is transport: “This lockdown is like restriction of gathering number of people at one single location outside home, not more than four people can gather at one location in entire Maharashtra state as well as in India. All domestic transport of road, railway and flight has been stopped, and also there is no port movement. We were already on a similar curfew, but we figured this restriction would get revoked after the 31st of March. Now it seems unlikely that the Indian government will change this decision before 14th April 2020. We have stopped all our export operations as of five days ago, and yet there is exportable fruit available in the field for three to four weeks more of packing.”

“We as exporters are in touch with our growers and government authorities to find out the solution on this. Our fingers are crossed and we are waiting for the best out of this. Fresh produce are unable to transport from port or to the port as drivers are not available to carry the containers. Port activities has been came to halt. We are still able to sell our produce domestically. However, in the domestic market the export varieties are not as popular, as the Indian consumer prefers sweeter varieties.” Savalkar explains. 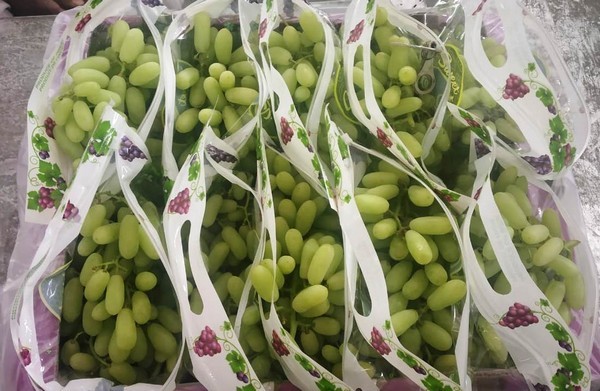 Amit Kalya, CEO of Kalya Exports, claims the ports are technically still open, but work can’t continue due to the lack of transport by roads and a shortage of containers: “Ports are legally working for import and export. Port activity has been set under essential goods/services. Theoretically the system is working, but container movement has been disturbed severely, which essentially stops transport. We have stopped packing already and lots of fruit in cold stores ready for dispatch, but we cannot release them as transportation are not happening. It’s being stopped. The domestic market is also not doing well as there is no movement with trucks. I think the lockdown will be extended if we don’t see the flattening of curve. The measure will mostly be extended until 30th of April. If India does not get the virus under control now, then it can become a big problem for us.”

For the importers of grapes from India the past few days have changed the situation completely. "There are still several products that have a reasonable demand, but for other produce it can be disastrous. For grapes demand is falling, both in retail and in finding any external clients, due to a lot of markets being closed," Lucien de Wit of LuBa Fresh stated. He’s asked his suppliers to stop loading any produce until further notice: "I took this decision before the lockdown had even been announced. From what I understand most packhouses and exporters will halt their operations. Normally we’d keep receiving loads of produce for the next four to five weeks.”

Still, de Wit feels the current solution is the lesser of two evils: "We’re better off having a shortage on grapes near the end of April or the start of May, rather than having multiple parties lose a lot of money on lost shipments of grapes, due to lack of demand. For now we’re able to focus on the Egyptian grape season. Hopefully by that time the corona issues will be under control and we’ll be able to load shipments without worry. It’s good to see that Italy is resuming, on a small scale, their operations in the grape vineyards. Let’s hope that Italy can start their grape season successfully by the start of June.”