“We still have hope that the asparagus consumption will increase”

In the context of a crisis, when the demand neglects certain seasonal products in favor of products that can be stored, asparagus farmers are trying to delay the usually long-awaited arrival of the spring shoots.

“Generally speaking, the asparagus arrived early this year, from a couple of weeks to a month early depending on the regions. In terms of consumption, these past three weeks have been extremely difficult for the sector. Consumers have focused on non-perishable foods, neglecting fresh products like the asparagus,” explains Christian Befve, internationally-renowned expert on asparagus, founder and manager of the consulting company Befve & Co. 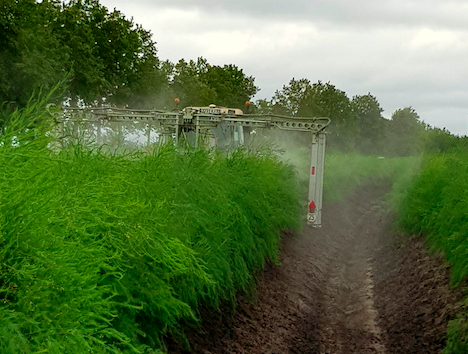 But despite this particularly grim situation for many producers, Christian still has hope to see consumption increase. “It seems that supermarkets are organizing promotional actions this week. This would hopefully help boost the consumption of asparagus. Besides, if we refer to the situation in Italy and Spain, after the rush for products such as rice, pasta, potatoes or carrots, consumers turned again to fresh, local products, to peel and to cook. So we hope to observe the same phenomenon in France.”

“Asparagus farmers are trying to slow down their production”
According to Christian, the asparagus season in France is showing a 40 to 50% decrease in production compared to last year. “Given the lack of demand, producers are trying to slow down the asparagus growth as much as possible. It is especially the case in the southwestern and southeastern regions of France which are currently reaching their production peak.

However, slowing down the production leads to an increase in production costs. In addition to this, there is also the problem of finding workers who, coming mostly from Eastern Europe, have difficulty crossing Germany. Moreover, the sanitary measures imposed on packaging stations are cutting in half the sorting capacity of our electronic machines. This, again, represents a major handicap, as it increases packaging costs. But despite it all, selling prices are about 50% lower than they were at the same time last year.” 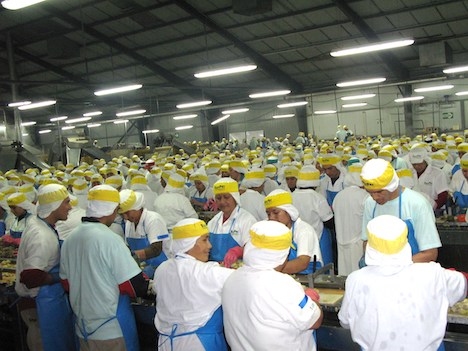 In Peru, photo from the previous season

“The coronavirus crisis coincided exactly with the asparagus season”
In order to limit the costs, some producers will not even harvest their asparagus, usually intended for food professionals such as markets or restaurants. “Assuming that the coronavirus crisis will last another two months, it will coincide exactly with the asparagus season. And the situation will get worse with the recent ban on market sales where many asparagus farmers were going to sell their asparagus directly.”

“It is a catastrophic situation for the producers. Those located north of the Loire Valley have not reached their production peak yet, so they still have hope that consumption will increase, but the others will unfortunately face a catastrophic season. Those working in polyculture will eventually be able to compensate for part of their loss with other crops, but they will still suffer a big loss, knowing that one hectare of asparagus is equivalent to about one hundred hectares of corn in terms of economic yield,” explains Christian.

“And for the approximately 10% of producers who only grow asparagus, they really are in a critical situation. If no aid is planned to support them, some will be forced to file for bankruptcy.” 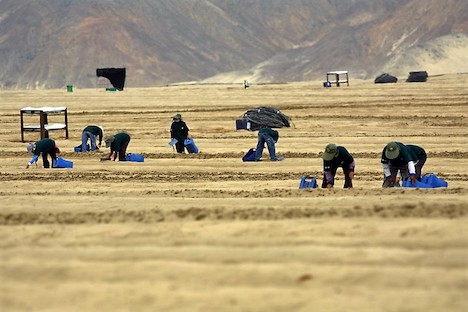 “Large retailers simplify their offer, mostly in flow-pack”
Therefore, in order to try to limit the losses, some producers are selling directly from their farm while others participate directly in shelving in supermarkets to compensate for the lack of employees.

“Supermarkets are also faced with a labor problem, so they preferred to market large volumes and limit the available references. There will most likely be no more than three asparagus references this year: green, white and purple with no differentiation in caliber.”

Despite the low volumes, bulk was put forth as the preferred solution in the fight against plastic waste, but the sanitary crisis has completely reversed the situation. “Practically all orders are now for stacks or flow-pack. Bulk is over for this season. Consumers are taking a step back, where the problem linked to plastic now takes a back seat, after survival.”

“With the promotional actions maintained in the stores, Easter and Father’s Day coming up, corresponding traditionally with the asparagus consumption period, we keep the hope that consumption will finally take off.”

About Befve & Co
The company Christian Befve & Co provides technical monitoring on 30% of the global asparagus production. Working for over 50 years on the development of asparagus farming at the global level, Christian and his team provide personal and confidential support for each producer of green, white or purple asparagus. They are involved from production, to packaging and marketing.