How one Australian company is turning mushrooms into a meat alternative

Fable Food Company CEO Michael Fox explains that mushrooms are used as the base for the plant-based protein products, which he says try to be as close to the real thing as possible.

"Our first product is designed to replicate the taste and texture of slow-cooked meats like pulled pork or braised beef," he said. "However, it is made from 65 per cent shiitake mushrooms, and other all-natural, minimally processed plant-based ingredients. It's not just aimed at the vegetarian or vegan consumer. Fable is made for people who still love the taste and texture of meat, but want to reduce their animal meat consumption. There are a lot of these consumers. Survey data suggests that 30 per cent of Australians fit into the category of wanting to reduce meat consumption." 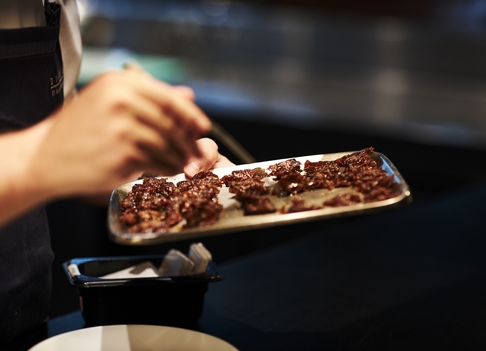 Mr Fox says he came across the business idea, being a vegetarian himself, after becoming passionate about reducing humanity's reliance on industrial animal agriculture because of environmental, ethical and health reasons.

"I figured that, as someone from an entrepreneurial background, that the best way to help with this was to start an alternative protein company," he said. "We've found that the 'Flexitarian’ consumer does not want to eat falafel balls or hemp seed patties, they want to eat products that have the same texture as meat, for a reasonable price. So, if it's made from plants or in our case mushrooms that are a great bonus. I wanted to make a product to target that consumer."

From there, he began researching what ingredients could be used as the base for these products and began exploring mushrooms.

"They have great, natural umami, flavours, they are extremely good for you, they are environmentally friendly to produce," Mr Fox said. "That led me to meet my two co-founders; one of them Chris McLoghlin is a farmer and co-founded Australia's largest organic mushroom farm. He has a great farming background, while my other co-founder Jim Fuller, has worked as a fine-dining chef and has studied chemical engineering and agriculture science, majoring in mushroom science. After meeting Chris and Jim, we came together to form Fable." 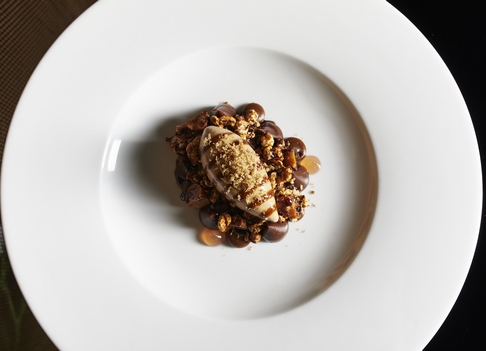 The company is sourcing from multiple farms, with the slower growing shiitake, shredded and used to give the stringy texture of the pulled meat products.

"One of the challenging things from a supply chain perspective is that there are not many shiitake mushrooms grown in Australia," Mr Fox said. "Australia grows mostly white button mushrooms, with most of the shiitake mushrooms grown in Asia. So, at the moment we are sourcing from there, but we would really like to use Australian mushrooms. We are also developing meat alternatives using Agaricus mushrooms, so we are just beginning to talk to those growers in Australia for those products."

The product was launched in conjunction with British chef Heston Blumenthal late 2019, and is now on the menu at 50 restaurants across Australia, and interest is continuing to spread.

"A lot of those restaurants have the Fable brand on the menu, so we have got exposure in Queensland, Sydney and Melbourne," Mr Fox said. "We have also launched with Marley Spoon, and the goal is to continue rolling out in restaurants, and focus on foodservice for the time being. Then we look at retail mid-year. We are also looking at international markets, including Singapore through a distribution partner in the foodservice industry. We've also met with a couple of companies in London. But we want to really focus in on Australia for the next six months at least."