And some other struggling currencies

Last Monday, the Chilean peso closed at a historic low, dropping 1.82% to 841.50 to the dollar. The reason? Fears over a global coronavirus outbreak and widespread protests continued to rattle the South American nation.

The peso has been slammed by volatility linked to the impact of the worldwide spread of the virus, which initially broke out in China. Continuing protests over inequality and social injustice have also weighed on the economy and the currency.

According to reuters.com, Finance Minister Ignacio Briones told reporters the virus was a “relevant shock” to the Chilean economy, but warned against “overreacting to these effects from international markets.”

Brazilian coin not in good shape
Brazil’s Central Bank came to the rescue of its beleaguered currency for the second time on Monday, hours after pledging to continue intervening in the foreign exchange market with all instruments available and for as long as needed.

Finance.yahoo.com reported that the currency trimmed losses after the central bank sold another $465 million in the spot market. It had already sold $3 billion earlier in the first such intervention this year. 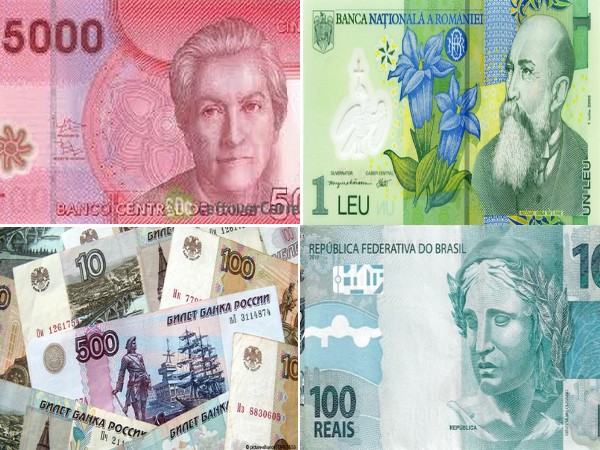 Romanian currency hits new low against euro
The Romanian currency reached a new historical low versus the euro, on March 9th, when Romania’s National Bank (BNR) announced an exchange rate of RON 4.8184 per EUR. The previous record was RON 4.8127 to EUR, on Friday, 28 February.

On the international forex market, the Romanian currency dropped even more as the exchange rate reached RON 4.84 to EUR, before returning to RON 4.806 to EUR.

Russia tries to support tumbling ruble
And then, also on Monday, the Russian ruble also tumbled to a four-year low amid a crash in oil prices as authorities rushed to assure the public the country has accumulated enough funds to withstand the blow.

The ruble fell 9.0 per cent to trade at 75 to the US dollar, a rate last seen in early 2016, before bouncing back somewhat.