Broccoli continues to bring good news. In addition to its nutritional properties, widely documented in numerous studies, we must also consider its potential to prevent diseases. In fact, a group of Basque researchers are currently developing biocomposites from broccoli extracts for the treatment of skin and colorectal cancer.

The project, led by Tecnalia, has the collaboration of CIC Biogune, Bioaraba, the UPV / EHU and the Gaiker technology center and is funded by the Basque Government. Although it is still in an initial phase, there is already certainty about the fact that the so-called natural bioactive compounds have become a great source to fight tumors and infectious diseases. 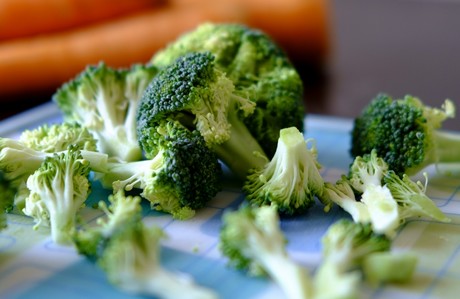 Diego A. Moreno, a researcher at CEBAS-CSIC and partner of the +Brócoli association, says that bioactive compounds of natural origin can come from vegetables or animals. They are found in small quantities and are a product of the secondary metabolism. That is, they are not vital to the organism that produces them, but they are useful to defend it against the attack of pests and pathogens.

In the case of the project carried out by Basque researchers, it is worth noting that the bioactive compounds of crucifers such as broccoli “function as a defense mechanism against the attack of insects and fungi, and at the same time, they are beneficial to our body. They are allowed to grow in the plants (or animals) and then extracted from these sources with specific analysis mechanisms for each class of compound,” says the researcher.

Thus, the traditional and current use of bioactive compounds of natural origin has served people in different ways: as spices, preservatives, flavorings and as natural remedies. "It is now when, thanks to the regulatory entities involved in food and pharmaceutical safety, the different medicinal and therapeutic uses of these compounds are being evaluated with greater scientific rigor," says Diego A. Moreno.

It should be noted that the health benefits of bioactive compounds of natural origin have been widely documented, since most drugs are derived from these compounds. Either they are semi-synthesized from them, or more active forms are synthesized in an artificial manner.

Some noteworthy examples are yew tree taxol, which is one of the world's most potent anticancer substances, willow tree salicylic, the polyphenols of American red cranberry, with its antimicrobial capacity, or citrus hesperidin, which is used in dietary supplements in order to improve blood circulation, etc.

Broccoli is often also a part of drug compounds or is studied in research papers. "The bioactive compounds of broccoli - glucosinolates and isothiocyanates (the active form in the body) - are potent anticancer agents that contribute to the cell detoxification mechanisms. Therefore, research on its benefits in all phases of cancer development has been carried out for over 30 years,” says the researcher of CEBAS-CSIC.