On Wednesday 22 January and Thursday 23 January, Expo Houten was once again the place to be for Dutch fruit growers.

Organisers, FruitMasters and the Dutch Fruit Growers Organisation (NFO) were very satisfied with the number of visitors, which was expected to reach around 3,000 people from home and abroad.
150 exhibitors attended the fair, a new record for participation with around 20% new exhibitors that attended.

At times you could walk over the heads and there were many visitors who even came on both days. Visitors could also indulge in the latest developments in fruit growing such as sprayers, upgrades, new systems and of course many new exhibitors also received the necessary attention. There was a pleasant atmosphere and the mood was very positive because the price formation in the fruit has improved a lot lately. 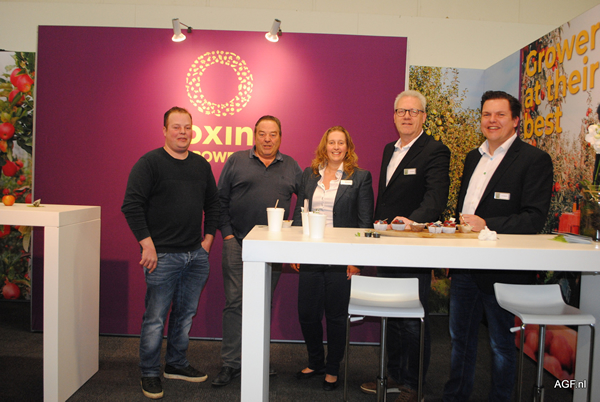 Vogelaar Vredehof was present for the first time at Dé Fruitteelt Vakbeurs (Fruit Cultivation Trade Fair) in Houten, with the new Magic Star apple being the main focus of attention, which is sold exclusively through Albert Heijn. Oxin Growers, a merger between Van Nature and Best of Four, attracted many growers and there was many new things to discover in the field of weighing technology, cooling and air treatment. TU Delft was also at the fair and that says that there is much more demand for technology. Data and measurement technology for water, weather and soil therefore attracted a great deal of attention, such as for Meeuwse Handelsonderneming and Pedak.

Many of the mechanisation companies present, were once again present with  large display stands, with of course the latest models of tractors at the joint stand, New Holland Dealers, rough terrain forklifts at Van Deurzen Heftrucks and Prins Maasdijk.

Various types of aerial platforms, the Compact Profiline Multi spreader from Geertech, orchard sprayers, hoeing machines from Reinieri and Ilmer at ZHE Trading and the new Vario Chop shredder from Perfect-Van Wamel. The focus was naturally on the nitrogen problem with electric elevated platforms such as Frutec and even with solar panels at Agri-com. 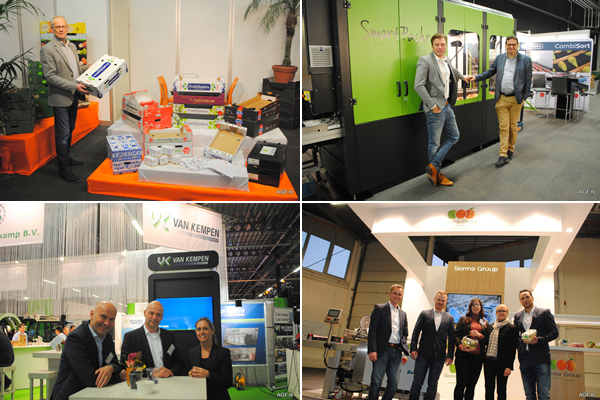