Major movement in organic greenhouse vegetable market does not materialize

December is not the busiest month for organic greenhouse vegetable growers, so it is also quieter at the sales offices. That, however, does not mean people sat still in the run-up to Christmas. The 2019 balance sheet was drawn up, and last-minute plans for 2020 were made. Across the board, 2019 was considered a ‘nice, balanced organic greenhouse vegetable year’, but past achievements were, well, you know… 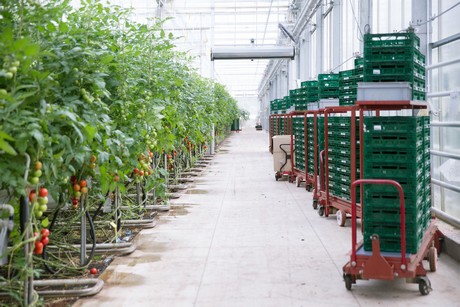 The barrels in BioVerbeek’s greenhouse must still be filled with tomatoes. BioVerbeek is one of the Nautilus farmers

At the beginning of November, things became very tense. The season in the Netherlands and Belgium came to an end relatively calmly, and people were already making plans for 2020. The bankruptcy of Frisian greenhouse vegetable grower, A.C. Hartman, however, threatened to confuse everything all in one go.

These greenhouses in the Dutch region of Sexbierum were, after all, good for 20% of the total supply of Dutch greenhouse vegetables. “If that were to fall away, everyone would be faced with a significant challenge,” confirms Cees van Vugt of Naturelle, understating the dilemma. Naturelle is The Greenery’s organic greenhouse vegetable branch. “It would never have been possible to suddenly conjure up 20 hectares worth of products.”

In the end, things luckily did not go so far, and, after two weeks of uncertainty, it was announced that A.C. Hartman would be taken over by the Best Fresh Group. The continuation of this organic greenhouse farm was ensured. And that is a good thing, according to Krist Hamerlinck of Eco Veg, a Flemish organic greenhouse vegetable marketing association with its own farm.

“It would not have been a good thing if Hartman were to have fallen by the wayside. To have such a large area suddenly disappear is not something that could simply have been absorbed.” It would perhaps boost prices in the short term, but in the longer run, serious problems would have arisen.

“Everyone would suddenly have to try to find alternatives,” thinks Coert Lamers of Nautilus Organic, which is the only 100% organic growers cooperative in the Netherlands. “For example, Spain,” adds Krist, “and then not just for the winter period, but for summer too. That would have been disappointing for Dutch and Belgian farmers who do their utmost to offer high-quality, locally-cultivated products.”

A good, big middle
Organic growers generally succeeded very well in this in 2019. “Last year finished nicely,” reflects Cees. “Everything fit together nicely last season. Of course, there were weeks, like at the start of the season, when there was more room to trade. But, after midsummer, the volumes declined a little, which was good for prices.”

Organic TOV producers, in particular, had the right to complain about low prices in the previous two seasons. For them, 2019 was a better year, apart from the traditionally difficult month of April, during which retailers switch from Spanish products to locally-grown products. “This began for our growers at the end of February,” says Coert.

“In the beginning, prices were very disappointing, but after the first switch in cultivation, these prices picked up and were on par with those on the conventional cucumber market. Bell pepper prices were also very similar to those of the conventional season. The supply pattern of this product was very erratic. This fluctuation is a result of the well-known difficult setting of bell peppers. Despite the extremes, it was a very good season, apart from its first and last weeks.” 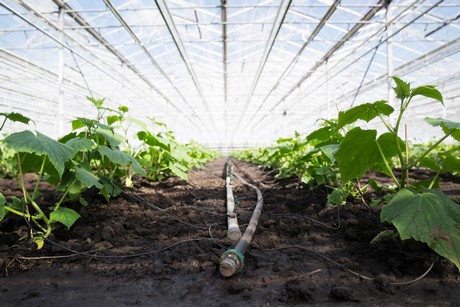 Young cucumber plants with their little roots in the ground, as is appropriate with organic cultivation

Changes in tomatoes
The same generally applies to other product groups, including aubergines, and loose tomatoes, as well as specialty tomatoes. There will be changes in the coming season in the organic tomato segment in particular, although these do not include anything major. “We will be adding a few thousand square meters of organic snack tomatoes,” says Coert.

“Not entire hectares, but the organic greenhouse vegetable market is also not about that. The market is fairly stable, although, as far as I know, a handful of hectares will be added in the coming season.” Cees will add some organic TOV in the coming season, even though the total acreage will remain the same. “We will continue with the same farmers, who will sacrifice an area of bell peppers, of which we will do a little less in the coming year, to grow tomatoes on the vine.”

Client demand is a leading factor in determining which products will be cultivated in the upcoming season. Krist also, however, considers the cultivation side of things. “With all the threats posed by an increasing number of pests and, especially, viruses, we have to face more and more challenges. You also see labor costs rising sharply, which, according to me, makes it less profitable to grow the larger tomato varieties."

"With us, that is at the expense of the smaller varieties. Due to certain soil-related problems, we are also going to plant slightly more aubergines.” Krist will, however, only start planting these later than last season. “Prices are never really good at the start of the year. We are going to plant at the end of January/beginning of February instead of at the start of January.” 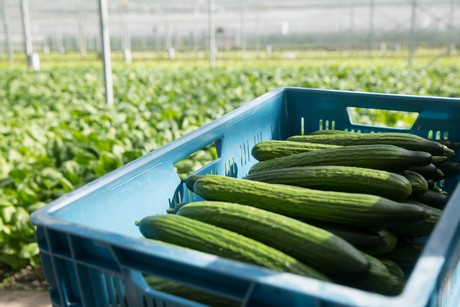 ‘Pre-sales’
Organic sales organizations in the greenhouse vegetable market pre-sell most of the crops. Coert knows, “There is no real or very little opportunity in the organic sector for day trading." Cees agrees. "You must, therefore, ensure you make a good, reliable weekly prognosis. The organic market is even more vulnerable to surpluses than the conventional greenhouse vegetable market."

"You do not want to if the need arises, sell organic products at any cost. That often happens in the conventional sector. We always try to get more than what conventional products sell for, and in promotion weeks and well-coordinated programs made together with the retail sector, this is often the case.”

Yet, Krist has had the experience where it does, unfortunately, sometimes happen that organic products have to be sold as conventional ones. “We do this as little as possible, but you are dealing with freshness and quality, so sometimes you have no other option.”

Emerging markets
Where do these organic greenhouse vegetables mainly go? In Belgium, mostly to consumers who much prefer locally-grown products. “The organic sector is, however, increasing relatively slowly in Belgium,” Krist notices. “Belgium is behind.” The Netherlands meanwhile is well-known as a ‘champion exporter’ as Cees calls it.

“For example, we send a lot of produce to the United Kingdom. Even though there, you have to deal with the continued uncertainty of Brexit.” Coert is not too concerned about that. “It worried me two years ago, but I have since seen that our clients are well-prepared. We also do not export directly. If Brexit does suddenly happen in January, we are not on the market yet. I expect the worst teething problems will be over by the time we do get on the market.” 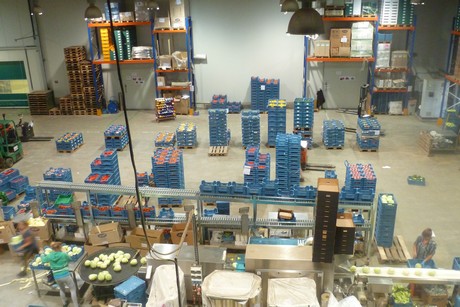 It is also notable that Germany is gaining more of a foothold on the organic front and that, in that country, people far prefer locally-grown products. Krist, nevertheless, still sees growth in this neighboring county. “For example, in cucumbers, where you notice there is an increasing demand for the unpackaged product rather than Spanish sealed cucumbers.”

Demand is also growing for Demeter products, an even ‘greener’ certification for organic products than the regular SKAL certification. A greater degree of stability is an added advantage to this certification, adds Coert. “Germany mainly uses weekly prices and seldom opts for longer-term price agreements. This practice works well with Demeter."

"For example, last year, we sold half of our three Demeter growers’ products to two German retailers. The year before, that was still only 15 to 20%. The remaining products were sold as ‘organic’.” And other countries? Krist mentions Scandinavia and Coert says organic greenhouse vegetables found their way to emerging markets like Poland, Romania, and Croatia, via their Dutch clients. “Not in large volumes yet, but it is a start.”