Pawel Sokolowski speaks of the Polish apples in the Indian market

"Whoever happened to fit this specific window of Kashmir, came out a winner"

Better times are coming for Polish apple traders, according to one Polish apple exporter who focuses on India. The Kashmir situation made you a winner, if your apples fitted that particular window when political tension was high. The worry about Ukraine taking over isn't shared by him either, as the Ukrainians still have a long way to go.

The times of worries for the Polish apple season are over if you ask Pawel Sokolowski, director for Poland-Fruit. According to him, once the apples that are too heavily impacted by the weather conditions of early spring are eliminated, the season will be in a good place: The apples season has progressed moderately positive by now. As we had previously anticipated, demand outweighs supply, and this is due to the poor 2019 crop and lack of the sufficient amounts of export apples on the Polish market."

The stocks that are stored in the cold warehouse need to furthermore be thoroughly sorted out during the packing process to eliminate apples impacted by the adverse weather conditions of early spring 2019,” Pawel explained. “This shrinks the available stock even more and will result in price increases. As a company, we received plenty of enquiries, mostly from the Middle-East, South-East Asia and Africa. Most of these we're not able to accept due to shortage of produce and the majority of our stocks had been committed to our focus market India. As a matter of fact, a couple of our containers have just arrived Mumbai and have already reached the cold storages.” 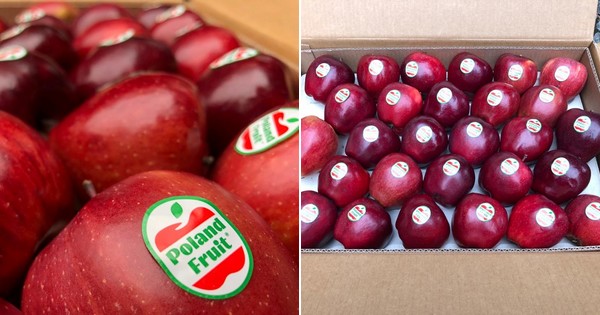 Poland-Fruit has its focus on the Indian market, where it’s been forging partnerships with local companies. “Our partnership with Indian companies has developed very well. Our strategic partner, Sheemit Agro Fresh, does a great job introducing Polish apples to the Indian market. We were able to establish new promising contacts over the last months. In fact we’ve had orders placed for trial batches of Red Delicious apples from new partners in Ahmedabad, Mumbai and New Delhi. Those cities are among the destinations of our business trip to India, which takes place between 7 and 14 January 2020. All in all, the situation is dynamic and full of new opportunities. Clearly, there is still plenty of room for expanding and upgrading the Polish-Indian cooperation in regards to the apple market, to the level we aspire it to be.” Sokolowski said.

The past few months have been turbulent for the Indian region of Kashmir, due to political tensions. According to Sokolowski this was an opportunity to export to other regions. “The situation in Kashmir was very tense last fall. The ‘import’ from Kashmir to other Indian regions was completely blocked. This created a window for foreign produce. That window closed with the beginning of December and prices got stabilized. Whoever happened to fit this specific window, came out a winner. Currently the political tension has ceased and volumes of domestic Indian apples are reaching the market, which pushed the prices down,” Sokolowski stated. However, he is optimistic for the future: “For now prices are, from the exporter’s perspective, far from optimal. However, we have witnessed a similar situation in January 2019 and observed a dynamic acceleration from the middle of January. It's also worth mentioning that despite a bumper season for the domestic apple and subsequent price stagnation, European and American produce is considered a premium product, thus having its own pricing schemes, not necessarily following the general trend. In any way, the peak season should get its momentum very soon and from then onwards the second window for European product should open up again.” 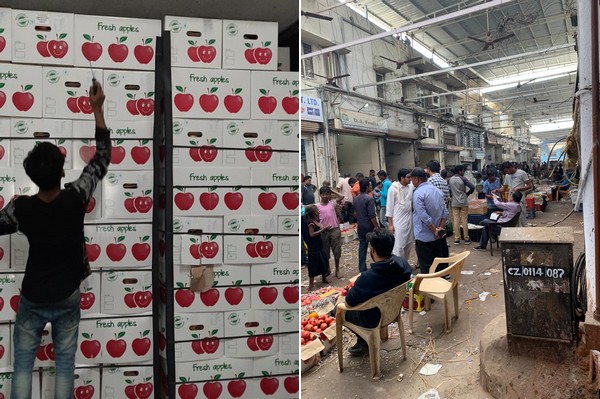 Recently, an Indian trader claimed the Polish apples might go out of style soon, as Ukrainian apples could replace them. Sokolowski does not recognize this trend and doesn’t seem to be worried. “This might be more complicated than a first glance suggests for a couple of reasons. First of all, Ukrainian produce has to pave its way just like every other producing country did in the past. This process takes time, effort and at least a couple of years of consistent quality deliveries to establish a national brand. Partners need to get to know each other, build trust. Secondly, due to political reasons and subsequent migrations, Ukraine suffers from a lack of labor force, which may increase their costs significantly, making the final price difference negligible. Thirdly, the Ukrainian apple is not present on the Indian market, due to regulatory reasons. Of course, time will show how the situation develops.”

The fact Sokolowski isn't worried doesn't mean he isn’t actively trying to make sure the Polish apple stays ahead of the curve. “Being active in promoting Polish apples as well as taking care of the quality, is key to upholding customers. We organize bilateral meetings, invite our Indian partners to Poland and visit India ourselves. We also focus to deliver only top quality products, because at the end of the day this is all that matters. We believe that if we continue to do so, there will be less incentives for our partners to seek alternative suppliers. Moreover, we rely on our government, which understands the importance of apple export as one of our major agricultural products.” 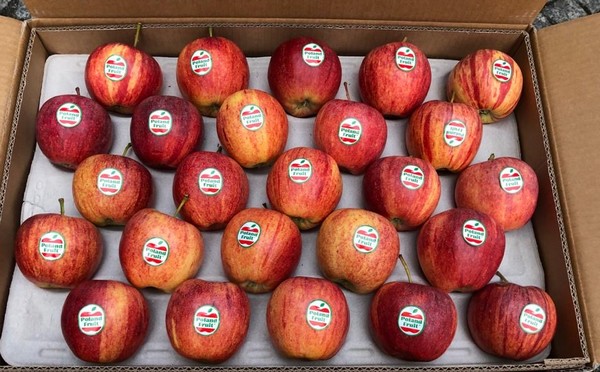 Poland-Fruit plans to continue their growth in 2020. Despite the poor 2019 crop, their perspectives are still quite optimistic. “We’ve received plenty of enquiries and a decent amount of apples secured in cold storages. Our target is to export at least 50-70% more than the previous season. Furthermore, we’re expanding our India exports with NFC juices; this is one of the main goals of our next visit to India. The upcoming weeks will shed some light on how the Indian market is progressing,” Sokolowski concludes.