Indian importer will look towards Ukraine and Chile for apple imports

The Polish apple market might be facing some difficulties in the Indian market. According to one Indian exporter Fruitways, who recently visited the largest fruit markets in India, hardly any Polish apples can be found. What’s worse, two competitors might be taking the favor of the Indian importers, as their prices and quality are simply better than the Polish according to Fruitways.

Saurabh Tanwar is the director of Fruitways, an Indian fresh fruit exporter. After working with loads of Polish farmers, shipping their apples to India, he’s noticed a worrying trend on the Indian market. Polish apples are nowhere to be found. “I recently went on a trip in India to visit all kinds of fruit markets and check out the produce. I noticed the market was slow, with Indian apples being sold between 50 to 60 cents USD per kg. These were imported apples from Turkey mostly, if we look at the local apples the prices were even lower. Think in the lines of 40 cents USD per kg. Now when taking a closer look at these apples, I found that the quality was actually really good! This came as a surprise as Indian apples are usually of lesser quality, not having the right hardness and so on. However when looking at the Indian apples now, the color and pressure were really on point this year. And what’s even better is there was a bumper crop this year, so there are loads of volumes available.”

With the Indian prices being as low as they are, it is almost impossible to make a profit with imported apples, says Tanwar. “You have to think about the costs of transport, getting the apple through customs without having major damages. Take the Turkish apples, for example. After clearing them at the customs office, these apples will have cost you 27.58 USD for 18kg boxes. The same apples are then being sold at 16.55 / 21.09 USD Bushel at the fruit markets, so the Turkish apples have massive losses this year. The apples from the local Indian farmers are truly in demand right now, and with production being very high also, you can imagine the cold chambers are filled to the nooks.” 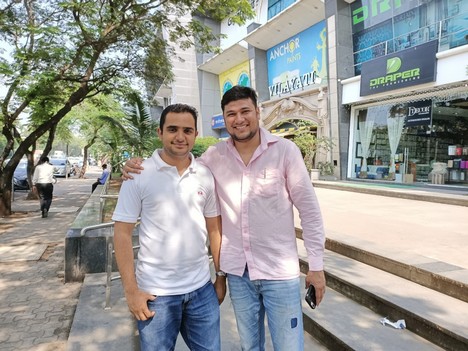 This is where things could get a little dicey for the Polish apple exporters that have India as their main export market. “The Polish traditionally store their apples in cold chambers, waiting for the Indian supply to run out. This way they get better prices for their produce, which completely makes sense and nobody would blame them for it. Normally the Indian market would have run out of domestic apples by December or January, just after the big national festival ends. This year volumes are so incredibly high, that we don’t expect our stocks to deplete until the month March. So there will not be any demand for Polish apples up until that point.” Tanwar explains.

It goes without saying this will have an impact on the Polish apple farmers who are stockpiling their produce in cold chambers. However they could simply wait a couple of months, right? Tanwar isn’t too sure, as a new player might be granted access to the Indian market soon. “Word has reached me that the Ukrainians have agreed and sent their first test shipment of five containers to India. Once these containers are passed, the Indian market is officially open to Ukraine. Now the Polish have cheap prices for their apples, traditionally. The Ukrainians’ apples, however, are even cheaper. They will prove to be major competitors for the Polish exporters.” 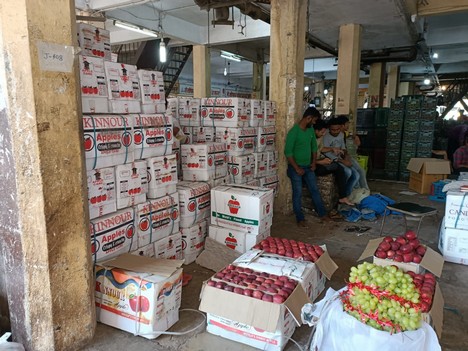 With Polish apples becoming less of an option for Fruitways, Tanwar is heading out soon. His destination will be South America, Chile to be exact. “We’ve been looking at alternative options and Chile is a pretty prominent candidate for the position. The funny thing is; their season usually starts around the end of February, which would be a perfect fit when taking the 50 days of transit time into account. It means we would be able to supply our market with apples just as our stocks in the cold chambers run out. As a matter of fact, the farmers I’m dealing with in Chile are planning to start their season a little early in 2020. Harvesting could start as early as mid-January!” 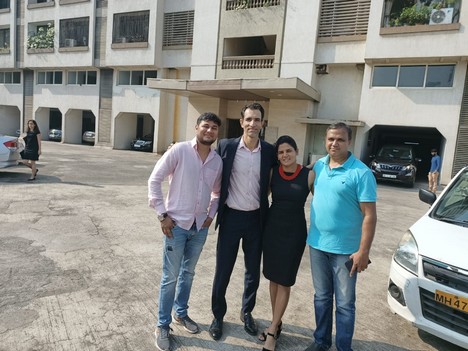 So for the future, Chile could become the main supplier for apples in India. Tanwar even goes as far as to say they’ll stop working with Polish apple exporters once January has passed: “We’re expecting the first shipment to be sent on the 8th of February. Their quality seems really great so far, with great Brix and pressure levels. Now think about this for a second. As India will have stocks until March and Chile can take over from that point; where does that leave Poland? They have the month of January to send their apples to India, at which point prices will still not be satisfactory for them. As a company we have dropped our 2020 plans with Polish apples and will only do business with them until the end of January. The fact that our last shipment, a single container from Poland, was filled with 70 per cent damaged Royal Galas was the final straw. Chile will become the new project for Fruitways.” Tanwar concludes.