Exports of the Queen Garnet Plum set to grow this season

Exports of the Queen Garnet Plum are expected to increase significantly, especially into Asia, as more opportunities open up for the "superfood'.

"Last season was the first time we exported in any significant way, just because of the prices the fruit was attracting domestically - it didn't make any sense (before then)," he said. "So, in 2019, we reached something around parity, which meant that growers could send fruit to local markets, supermarkets or export markets and get the same return. This year we are looking to increase exports fivefold over the season, with the bulk going into China. We're really excited at the groundwork and efforts that were put in last season, and this will pay dividends in the upcoming season; just in building demand for the variety and educating overseas customers." 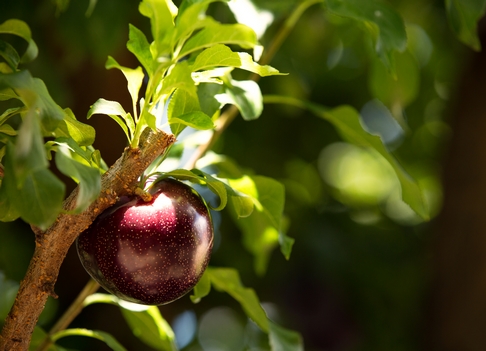 The fruit will also be sent to Singapore, Hong Kong and Malaysia, and opportunities are presenting in Canada. Mr Couch says a lot of time has been invested in educating, not only overseas consumers, but also distributors, understood the importance of quality, given the plums are not shipped in a "rock-hard, flavourless" state.

He added a selling point for Queen Garnet is that it is different compared to other 'superfoods', particularly in the plum space, because of its overall quality.

"It is actually a fantastic eating piece of fruit," he said. "The chemical compound that gives it its antioxidant properties, anthocyanin, are bitter. But the Queen Garnet is actually quite sweet, and has a fantastic flavour profile for a plum. We really have put a lot of effort in with the growers, over the past two years, to ensure that every piece of fruit that is sent to market, and ends up in stores, has that fantastic eating property. If it is picked too soon, you do miss out, and it is a bit tart. If you get it just right, you have a fantastic flavour profile. You will have people that will buy it just because it eats fantastic, and you have others that will buy it for the health properties."

The plum is in season only in February and March. Due to the drought, volumes are down in Queensland's Stanthorpe region by about 300 tonnes from last year, but Mr Couch says the company is excited about overall production from other growing regions.

"We've got a good size crop coming out of the Goulburn Valley and Western Australia," Mr Couch said. "But we recognise just how tough the guys in Stanthorpe are doing - it really is dire, in regards to water supply. The advantage we have is growing the variety in every state in Australia, we can mitigate the loss in one region, by the increase volume in another."

Mr Couch added that planting has reached its limit for now, with the last of the main trees that went in during 2017-18, not set to yield fruit for the first time until the 2022 season. In addition, 10,000 trees were planted for organic production, last winter in the Stanthorpe region. 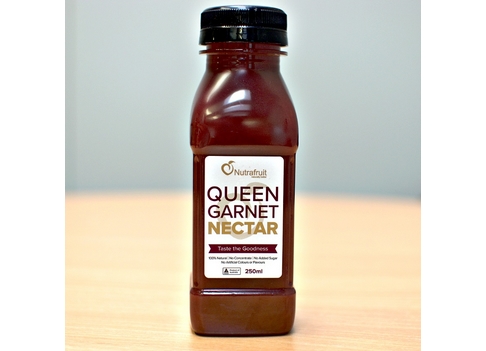 Increased production, has also meant more value-add products for Nutrafruit, with the re-launch of the Queen Garnet Chewable Probiotics, with a new formulation. While the nectar and freeze-dried power have grown in demand significantly, according to Mr Couch.

"They just keep growing," he said. "We just keep getting strong customer feedback on the benefits. The best bit is that it is part of the customers daily regime; it has become part of their life, in regards to here's a product with one ingredient, with no preservatives, no additives, no concentrates. It is plum in a bottle, or freeze-dried plum that is delivering the health benefits that they were looking for."

Nutrafruit are also updating the packaging of its Probiotic and Prebiotic Powder, to respond to customer feedback surrounding environmental and landfill footprint.