“Positive development in the production of organic Jerusalem artichokes in France”

The harvest of root products like the Jerusalem artichoke was rather complicated this year because of the heatwaves in the summer. However, Julien Torrent, head of Pôle Détail Fruits and Vegetables at Alterbio France, explains that the production in the Roussillon was not affected by this problem.

“Globally, the heat episodes of this summer significantly warmed up the land and weakened the productions and products. But here, in Canet, the sandy soil prevented the heat from affecting the production either in terms of quality or volumes. So this year again, we can offer the same volumes of Jerusalem artichokes as last year, according to plan, and we are very satisfied with their quality.” 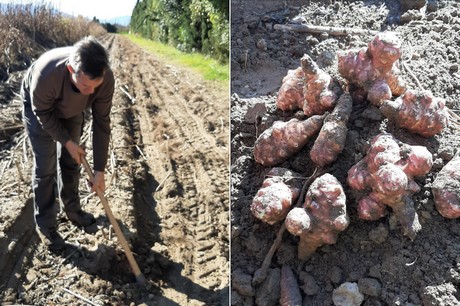 Nicolas Payre, producer and historic partner of Alterbio based in Saint-Nazaire (Roussillon), is currently harvesting Jerusalem artichokes. His father, Charles Payre, set up the farm in the early 80s, directly under the Demeter certification. Partner of Alterbio right from the beginning in 1984, the producer will see his harvest of Jerusalem artichokes intensify in January/February, peak of production of the campaign which will end in March. 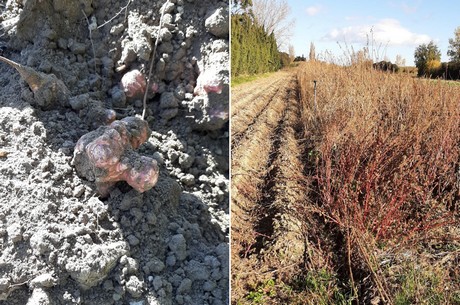 Alterbio sells Jerusalem artichokes from his producers through the store networks, directly with purchasing centers, with wholesalers at Rungis, but also in export. Julien notes that the consumption of this forgotten vegetable has increased in recent years. “We observe a good consumption pace at the moment for this product, which often gains popularity as temperatures drop. But generally speaking, there is an increase in the demand for this root vegetable, as well as for parsnip. Regarding Jerusalem artichokes, we note an evolution in terms of production. Each year, we produce more. We are therefore seeing a real positive growth of this product, which is currently very popular.”