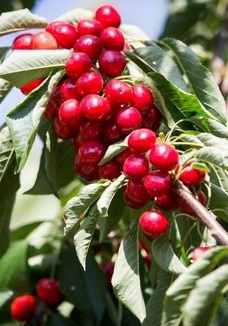 Dutoit’s cherry harvest in the Nuy Valley outside Worcester started a month ago, three to five days earlier than the usual schedule.

The crop continues the upward trend of a growing young industry, but following a slightly flatter curve than originally expected due to hot and dry conditions during flowering and fruit set at the beginning of September.

It was the hottest September on record, notes Tanith Freeman, product development manager at Dutoit. Late rain in October caused burst fruit here and there on the early cultivars in the Koue Bokkeveld, but the impact on harvestable tonnes has proved to be less than originally feared and not more than a 3% decrease on these cultivars.

“Our peak season is in about seven to ten days and at the moment the weather is nice and sunny, very good for cherries,” she says, noting that both the export and local markets are very strong currently due to lower supply. While the European pre-Christmas market is good for cherries and Chile, Australia and New Zealand rather focus on the Far East, Tanith says that the post-Christmas cherry period, into February, is traditionally also strong, as consumers turn to healthy foods after the festive season. 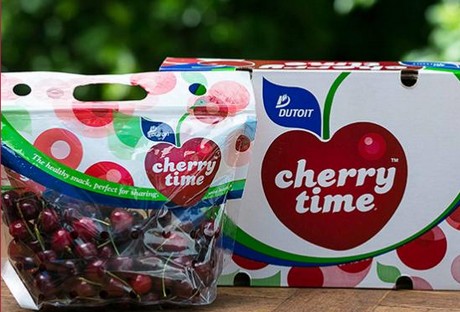 High expectations for next year’s cherry crop
"All going well, we are hopeful it will be quite different next year," she says. New orchards will come into bearing age and they’re gearing up for a strong surge in volumes. Tanith spends a lot of her time evaluating new cherry cultivars from a range of breeding programmes.

Currently British and European retailers are Dutoit’s major cherry clients. Lidl Germany sells their fruit under its Cherry Time brand, which is celebrating its fifth birthday this year.

Expanding the Cherry Time brand within Europe is on their radar but, Tanith points out, it’s a very volume-driven process and this year the exposure of the brand will by necessity be lower due to lower available volumes. Next year a larger crop should give them room to play around with marketing.

“It’s actually a pity about the lower volumes this year because the quality is fantastic.”