"High prices and limited supply on the chicory market"

High prices and limited supply currently characterise the chicory market. "The prices are above two euros per kilo," says Bart Bruyninckx from the chicory company of the same name. “We also had high prices the previous year around this time. Maybe it's jumping to conclusions, but I think the high prices at this time can be called traditional. We are in the transition from the old to the new roots, so the kilos will be fairly limited." 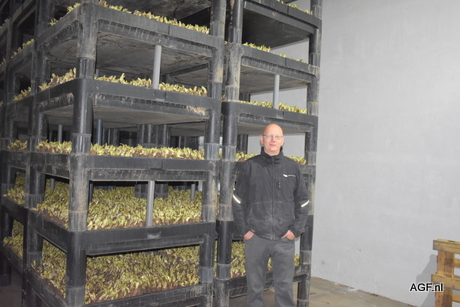 “The demand for chicory actually runs fairly smoothly. Demand has been good since the start of the season in early September. September is the month that consumers switch back to winter vegetables. Although chicory is also slowly gaining popularity in the summer, chicory is still seen as a winter vegetable. We are currently preparing for the Christmas period, which is one of the most busy periods of the year, "says Bart. 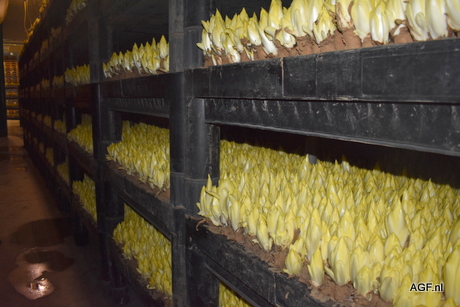 For about four years, Bruyninckx has been growing the Golden Tavola winning Friseline in addition to the mini chicory. “The product was difficult to get off the starting blocks, but we are seeing demand increasing slowly in the past year. Although demand is growing slowly, we are a little concerned about quality. We have the idea that the seed company has somewhat misjudged the quality. Often you see that in the end, persistence leads to success, but then you have to find someone who wants to be the persistent for this product," concludes Bruyninckx.