Sigfrido Molina: "We expect around 60,000 tons in Malaga"

The Hass avocado harvest has just started in the Axarquía region, in the Spanish province of Malaga, which is the area with the largest avocado production in Spain. "The fruit already meets the necessary quality requirements, with about 20-21% of dry matter, which is the minimum maturity level required by the markets," says producer and marketer Sigfrido Molina, manager of the company Sigfrido, specialist in the production and marketing of ready-to-eat mangoes and avocados. 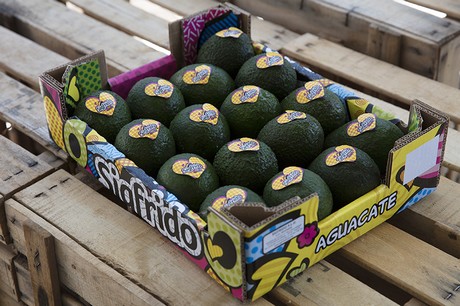 "We expect the region's production to amount to around 60 million kilos, which is very similar to last year's volume," he says. "We are harvesting quickly to play things safe, since we have been dealing with strong winds for more than 35 days."

Spanish Hass avocados are reaching the market facing strong competition from other origins, such as Colombia, Mexico and Morocco. One of the biggest advantages for Malaga's product is its proximity to Europe, which allows it to be harvested at a more optimal point of maturity, in addition to the wide range of sizes. "We will try to differentiate ourselves in terms of prices compared to other origins," says Sigfrido Molina.

Around 5,000 direct jobs are generated by avocado cultivation in Malaga, in addition to thousands of other indirect jobs. The sector thus represents an important source of income in this province.

Sigfrido is committed to gaining customer loyalty through its brand, which has positioned itself in the domestic market and in France. “We are making some test shipments to Canada, but it is very difficult to compete there because of the pressure from Mexico's fruit, which plays with advantage because of its proximity. I think Europe still has plenty of potential when it comes to the growth of avocado consumption.”