Herbs are still a hot item. This is why the folks at the Belgian company, Van Laethem, see an ever-increasing rise in demand. This increase has resulted in a nice boost in revenue. "We have an enormous range that we expand yearly," says John Van Laethem of this company of the same name.

“This year, we added Thai Coriander and Wintercress to our assortment. We have seen that these products are very popular. Wintercress is similar to Watercress. It is, however, not grown in water. It is spicy, crispy, and has a long shelf life. It can be characterized as a bold herb." 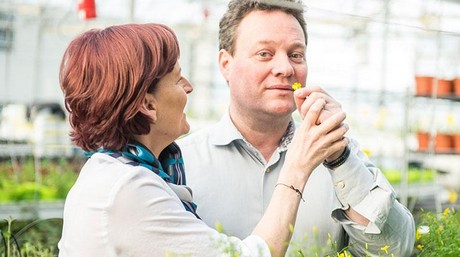 “This is our second year of growing zero residue herbs. There is great demand. The cultivation techniques are also refined every year. This is why we will be able to almost double our volumes next year. Our zero residue assortment will remain fairly stable over the next two years. We are still running tests with certain herbs," explains John.

Van Laethem is not only reducing the use of residues. They are also trying to reduce fuel usage. "With herbs, we are in a specific market segment. You have to offer added value to your product. Europe is becoming less and less attractive for the most important herb-producing countries. So, with zero residues and using less fuel, we can make a real difference."

“Zero residue is exceptionally popular in other European countries, including France. I have, however, called on the European Federation, Freshfel, to frame the zero residue tale. There is currently little guidance. There is a proliferation of zero residue products and producers."

"We should organize zero residue farming as well as it was done with organic cultivation. Then we will have something to hold on to. We currently see that zero residue is being interpreted completely incorrectly. Everyone is making up their own rules," concludes Van Laethem.