As expected, the second day of the Fruit Attraction trade show was even busier than the first. The many international exhibitors were very pleased with the quality of the visitors. The dismal weather did nothing to dampen the atmosphere. And from the moment the doors opened at 09:30, the aisles were full.

The Spanish share at this event is considerable. Despite this, not all the participating companies focused on the Spanish market. Beside Spaniards, there were many visitors from other Southern European countries. Visitors from India and other Asian countries were also well-represented at this fair in Madrid. 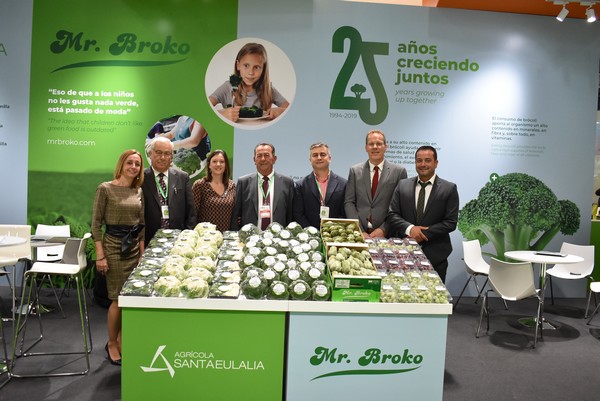 The Santa Eulalia team from Murcia, Spain. This company is 25 years old this year. Second from the right is the Dutchman, Thomas Bos.

Spain: Organic share increases annually
Fruit Attraction's second day saw the most events taking place. These included meetings and press conferences. More Spanish exhibitors say they will not be in Berlin next year. They get enough exposure at Fruit Attraction.

Storm Dana hit growers in Catalonia, Valencia, and Murcia on the first day of the trade fair. This, however, did not negatively affect their crops. Spanish fruit could count on a lot of interest from visitors from India and Singapore.

Businesses are also investing heavily in solutions to reduce the use of plastic. The country's organic share also increases every year.

This timing is making it increasingly attractive for companies to take part in Fruit Logistica as well as Fruit Attraction. This is not possible for everyone. However, some businesses are considering alternating between Madrid and Berlin.

Belgium: Less plastic, more cardboard
The Belgian standholders are not only focusing on their wide assortment of winter vegetables and top fruit. This year, attention is also being paid to the presentation of new packaging solutions. The trend toward less plastic and more cardboard is only growing.

Many Belgian companies are putting considerable effort into this. The Belgian were also very satisfied with the second trading day. The exhibitors hardly had time to set up in the morning. When the doors opened, visitors streamed in, and the stands were full. 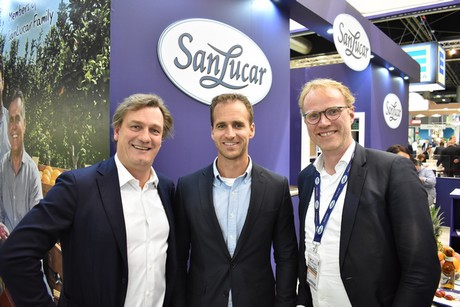 France: Many new French exhibitors
According to the French standholders, Fruit Attraction's second day was extremely busy. Many people visited the French stalls, and a lot of deals were struck. It was much busier than yesterday. Exhibitors and visitors alike were delighted with the fair. Fruit Attraction's atmosphere, size and timing are all positive experiences. There were many new  French stallholders this year too.

At the trade show, a machine manufacturer sealed a contract with a company from South Sudan. This kind of interaction shows the event's international character.

China: Focus on technology
The Chinese sector is not present in large numbers in Madrid. However, the exhibitors who were present are delighted with the first two days. Stallholders, as well as visitors, shared a high interest in the new technology.

Turkey: Plans to hold a Turkish pavilion next year
The Turkish representatives were also well pleased with the busy second trading day. They have plans to organise a large Turkish Pavilion - much like Fruit Logistica - next year. 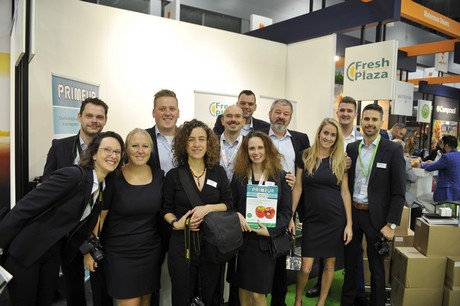