The Chilean cherry industry continues to grow, boosting Chile's position as the main supplier of this fruit in the world, especially to China.

Shipments are expected to peak in weeks 50 and 51 when exports would exceed 8 million boxes a week. At the beginning of the export season, in week 42, the country is expected to export 1,066 boxes, which coincides with volume sent in the same period of the 2018-2019 campaign.

Regarding markets, it is important to specify that during the 2018-2019 campaign, 92.3% of all Chilean cherry exports were destined for Asia. China received 95% of the volume sent to the Asian markets and accounted for 88% of all exports, a situation that wouldn't change this season. 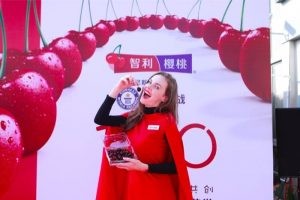 “Our cherry production and export is showing significant growth, and we have been preparing for it in different ways; for example, through promotional actions that allow for greater consumption. China is the main destination market for our cherries, and a growing market, in general, for our fruit exports,” said Ronald Bown, President of ASOEX.

Greater preparation and better fruit quality
The Chilean cherry industry is getting ready to face some challenges and the sector says that it is ready to take them on properly. On the one hand, there will be a greater volume of fruit to handle this season, and on the other, the Chinese New Year will be celebrated on January 25, 2020, which is well ahead of the previous campaign (February 5).

“There has been a sustained 10 to 15% increase in packaging lines over the past year, which shows that the industry is more prepared than 2 years ago to handle the growing volumes of cherries. There is also greater availability of fast boats, as there are three shipping consortia participating. In addition, this fast service will, once again, be available until the end of April, after the cherry season ends,” said Cristian Tagle, President of the Cherry Committee of ASOEX.

In this sense, Tagle added that the focus of this campaign will be “sustaining the quality that Chilean cherries showed last season. We will also continue promoting all the values of the Cherries from Chile brand and, as a consequence, increase the consumption volume of Chilean cherries, before, during, and after the Chinese New Year.”

Ignacio Caballero, the marketing director of ASOEX, said: “We will maintain the 5 million-dollar promotional campaign to support the consumption of higher cherry export volumes. While the focus of the campaign will be in China, we will also take action in other markets. We will carry out a mix of activities, including tastings and exhibitions at points of sale and wholesale markets, contests and promotions through social networks, especially Wechat, as well as creative activities that we can't disclose right now so that they are truly surprising, such as the Guinness Record we achieved last season when we built the longest line of fruits in the world with 24,638 cherries in a row of 596.5 meters.” 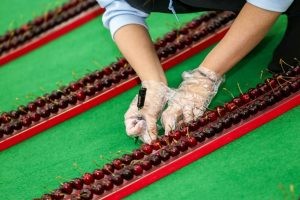