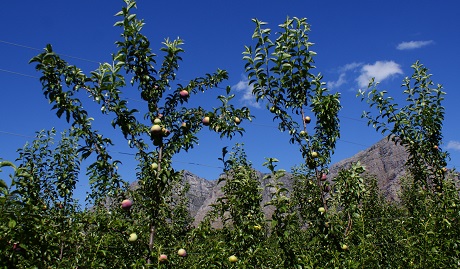 Plum crop 15% up
Despite early season hopes, bolstered by fantastic flowering, that plums could equal the record harvest of over 13 million cartons (5.25kg equivalent) of four years ago, expectations were tempered by the very hot temperatures and low humidity experienced at the end of July and during August (it was "abnormally hot", Boland producers say).

Angeleno plums were right in the middle of their flowering season during this unseasonal hot spell, resulting in poor fruit set and the Angeleno harvest will as a consequence be reduced, but in general the plum export estimate is comfortably up on last year.

The early estimate for the 2019/2020 season rests at 10.1 million cartons (5.25kg equivalent), a 15% improvement on last season when plums were badly affected by a springtime heatwave.

"It will definitely be a much better harvest than last year," says Charl Stander, technical expert on plums at Freshness First in Franschhoek. "The flowering was great and really even, one of the best flowering seasons we've had in a while in the Boland and the Klein-Karoo, but the hot spells during flowering, coupled with low humidity, reduced fruit set. That was disappointing since we were hoping for a record year on plums. However, since then, the orchards are looking better and better by the day and we've saved on the costs of thinning-out. Fruit size and fruit quality actually look very promising."

The drought in the Klein-Karoo will have an effect on the total plum crop (it might've been around 12 million cartons if it weren't for the drought), but in the Berg River area it is a normal season thus far.

The Cape plum harvest will start in about a month's time, at the beginning of November. 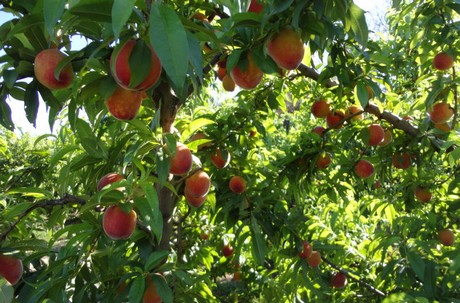 The earliest nectarines and peaches from the Cape are now being picked, cultivars like Flavela (a nectarine) and Snow Angel (a peach).

Hortgro's estimate for nectarines is 17% up: 4.6 million 2.5kg equivalent cartons, primarily due to better water availability and higher-yielding cultivars.

"We're seeing the lack of cold units on the fruit," he says, pointing to uneven flowering and fruit set as a result of a too warm winter.

Winter rainfall was better, but not abundant. The number of prolonged, heavy periods of rain was not what the Cape used to have during winter. Farmers who are dependent on water running off the mountains to fill their dams are still feeling the pinch.

"It's not a great year, it's one of those years that you will have to work with what you have. You take what nature hands out," he continues.

Apricots dwindle down to half a million cartons (4.75kg equivalent cartons), as the crop coming from the bone-dry Klein-Karoo will be a trickle and orchards are removed.