Willy Street Co-op in Madison, Wisconsin, has announced it will be attempting the world’s largest display of Fair Trade Produce for Fair Trade Month, Co-op Month, and Owner Appreciation Week. Bananas and avocados will be stacked to the ceiling for the event at Willy West in Middleton, and it’s all for a great cause.

“We are doing this because we want to draw attention to the Fairtrade International System, and we’re hopeful that this event will do just that,” said Willy Street Purchasing Director Megan Minnick. “In the rush of everyday life, it can be hard for any of us to stop and contemplate how our purchase of seemingly mundane items like bananas and avocados affects the lives of people across the world; but when you’re confronted with the world’s largest Fairtrade produce display, it’s tough to ignore!” 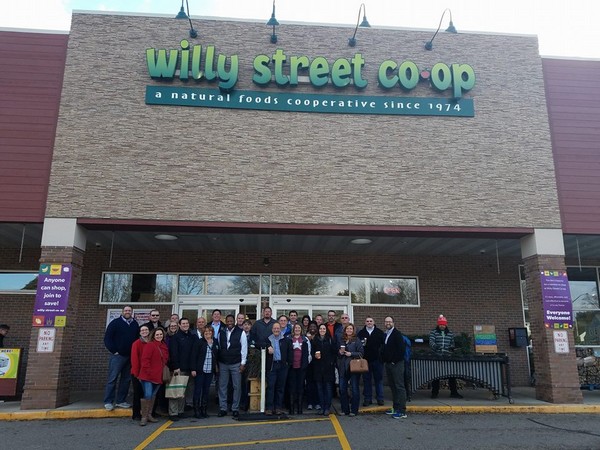 With this event, Willy Street Co-op is announcing their plan to source Fairtrade certified avocados as their primary supply. The Co-op is already selling Fairtrade bananas. “By purchasing Fairtrade at your Co-op, you can be sure that your purchase is helping preserve and maintain healthy farming communities worldwide, not just locally,” said Minnick. In 2018, Willy Street Co-op’s three locations sold a total of 10,182 boxes of Fairtrade bananas, a little more than 400,000 pounds. The company said these purchases supported farmers and workers via the Fairtrade Minimum Price and other standards, and they also generated $10,182 in Fairtrade Premium money.

"We are proud that Willy Street has made this decision and hope their members and shoppers understand the rarity of this product,” said Jessica Jones-Hughes with Equal Exchange. “The attempt at the World's Largest Fair Trade produce display is a fun, creative example of Willy Street Co-op thinking outside the box to raise awareness about Fairtrade.”