Marketing trends in the organic sector

“The organic market is increasing in all the countries in this region," he says. He based this statement on the organic market's growth figures. "You can see a clear upward trend over the past decades. However, we cannot predict the same for the future. These growth figures remain dependent on various factors, such as the economic situation. This growth slowed during the 2012-2013 economic crisis." 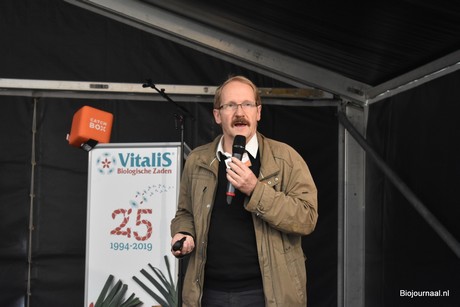 Organic market
“Germany, France, and Italy are the most important organic markets. This does change if you consider the market per resident - then Switzerland and Scandinavia take the top honors. If you look at the Netherlands, you see organic cultivation was steadily increasing. But, this expansion is now slowly declining."

Consumers buy mostly organic eggs, fruit, and vegetables. Within the fruit and vegetable segment, they are increasingly buying organic onions, leafy greens, and lamb's lettuce. According to Hans-Christoph, organic carrots have become the norm. "Something new has to happen here again."

"You want to avoid this.” He says this is dangerous because it is a bad idea to sell organic vegetables as a premium brand. "If you want to convince the consumer to buy organic products, you should rather emphasize the quality of their production process."

Retail sector developments
Supermarkets are increasing their market share in fresh organic products. This increase makes for changes in the trade sector and the supermarkets themselves. Hans-Christoph says, “Supermarkets are an important source of organic vegetables for people. But, there is currently a restricted supply in general supermarkets."

"This creates opportunities for supermarkets and organic stores that do stock a wider range. Online shopping for organic fruit and vegetables is also on the rise. This is because there are more organic products available online than in stores."

Export
You are not allowed to grow organic products on a soil substrate. This makes the technological advantage of North-Western greenhouses production useless. Organic fruit and vegetables are exported from Southern Europe to countries in Northern Europe. "The organic season is, therefore, longer than the corresponding conventional export season," explains Hans-Christoph.

"In Germany, in 2017-2018, 87% of the total amount of organic fruit and vegetables sold, was imported. These products came mainly from Spain. Spain also exports organic goods in the summer. This is because growers in Spain can use a 'hidden' substrate - they replicate substrate farming in a natural way. This type of cultivation is allowed in organic farming."

Competition among tomatoes
Organic tomato sales are increasing in France. In contrast, these sales have come to an almost complete standstill in Germany. Why is that? "Cocktail and cherry tomatoes are winning ground in the conventional tomato isles in Germany. These can hardly ever be found in organic varieties. German tomatoes are more oval in shape and more expensive."

"In France, there are not many cherry tomatoes available. This ensures less competition for the organic varieties. Tasty, conventional tomatoes are successful in some countries. This success, therefore, limits the sale of organic, more robust kinds. These include the long-life tomatoes," concludes Hans-Christoph.