The first day of the IX World Avocado Congress took place on Tuesday, 24th September, in Medellin, Colombia. The event was a sellout and extremely busy with standing room only in some of the sessions. This is a fantastic result for a city which only 2 decades ago was too dangerous to visit. 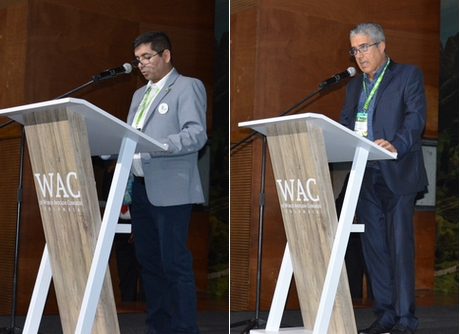 Chairman of the board of Directors at Corpohass Pedro Pablo Dias welcomed delegates and the applauded the effort and commitment of the industry, He said that Corpohass wanted to do things properly and could learn from the mistakes made by other avocado producing nations. He welcomed investors into Colombia and said that they are thinking large and long-term and valued fair play in business.

Juan David Mondragon Chairman of the Organizing Committee said that they had brought together best in academic minds for the event and hoped delegates could take away knowledge to help over the challenges facing the industry. 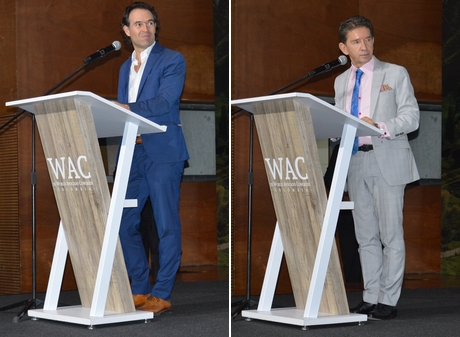 Federico Gutierrez Zuluaga Mayor of Medellin said that two decades ago no one wanted to come to Medellin, but now there is a great opportunity with 200,000 ha for planting avocados and access into 45 countries and a 500% increase in exports in just a few years.

Luis Perez Gutierez Governor of Antioquia spoke of a new relationship between business and farmers which would have a big impact on the country, encouraging the building of new infrastructure and much more. 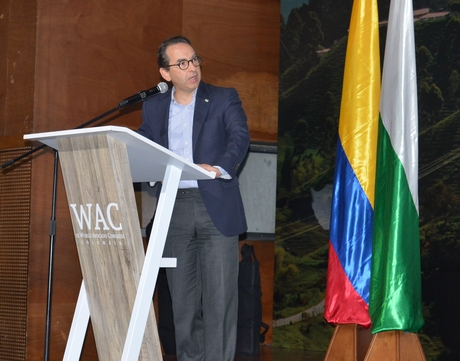 Andres Valencia the Minister for Agriculture

Andres Valencia the Minister for Agriculture spoke about the recent trade deal with China and the deal which is just about to be signed with Japan which he hopes will happen very soon with the first exports following soon after. He also looks forward to a trade deal with Korea in the near future. Colombia has access to 45 countries around the world for avocados.

The day continued with many presentations running concurrently from speakers from New Zealand on ripening and post harvest and also how New Zealand have successfully entered the Asian market.

A discussion was held on the challenges of marketing avocados in various markets and how important each stage of the chain was to the end quality and good consumer experience.

A variety of speakers also looked at the pros ans cons of different varieties on yield, seed to flesh rations and asked the question: Should we be continually looking for new and better varieties?