The appeal of organic potatoes is increasing and growers are planting more acreage in response. This is according to Jeff Stachelek of Albert Bartlett USA and is supported by Nielsen sales data. Stachelek says that the majority of growth in the potato category is occurring in the specialty types like bite-sized and fingerlings, as well as organic. As a result, companies like Albert Bartlett are increasing their production.

"The growth in the overall potato category is generally flat, at around two percent," Stachelek said. "Bite-sized, fingerlings and organics are seeing the most growth. Organic potatoes took longer to gain momentum compared with other fruit and vegetables in terms of acreage planted, but it is now growing at a much healthier pace versus the rest of the produce category."

He added that Albert Bartlett has increased acreage in the order of 15 - 25 percent in response to demand. "With this significant growth in volume, we anticipate sales to match this growth because we plant in response to consumer demand." 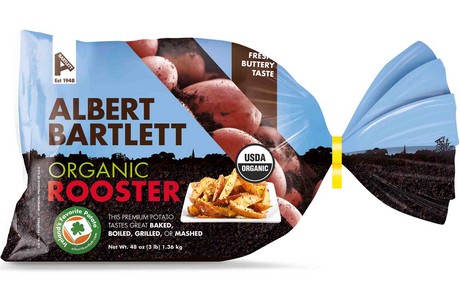 Most states harvesting now
Albert Bartlett began its US operations in 2012, with its first harvest in 2013. The UK-based company now has a presence in the US in 19 states as well as 4 Canadian provinces. The company says it leverages multiple growing areas to provide their potatoes year-round. While they also grow a spring and summer crop, the focus is currently on the 'traditional' crop, which is being harvested now in the majority of regions.

"The harvest time frames for our organic potatoes are in line with conventional ones," Stachelek shared. "For the traditional crop, we typically start in August and harvest through until early November. Currently, most states and provinces are in production."

The crop in areas like Colorado and Washington is looking favorable, whereas the Prince Edward Island crop has faced a few challenging years. "PEI hasn't had as much rain as they need, so sizing is trending smaller," Stachelek noted. "Colorado has seen excellent growing conditions with good levels of moisture, as has been the case in Washington, where the rainfall has bulked up sizing." 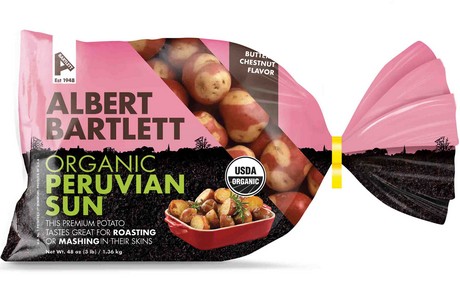 Highlighting the varietals
While the majority of consumers are familiar with the broader potatoes varieties such as Russets, Gold and Red potatoes, Stachelek said Albert Bartlett prefers to highlight the varietals, of which he says there are upwards of 3,000 being grown across North America. "Our owner, Ronnie Bartlett, has been around the world gathering what he feels are the best tasting potato varietals," he shared. "Therefore we like to call out these varietals on each bag, helping consumers learn the differences – similar to the apple category."

One of the company's best-selling potatoes is called "Rooster", which has its roots in Ireland. "Rooster is our flagship organic and conventional variety. It has pink weathered skin with yellow flesh and a high amount of dry matter. This gives the Rooster a creamier texture and along with its unique nutty taste, they are perfect for baking, boiling, mashing, roasting or frying. Albert Bartlett also offers in North America Blonde Bella - originally from England, and also Anya from Scotland."

A particularly unique potato being launched this year in North America is called the Peruvian Sun. Stachelek said as the name suggests, this variety comes out of Peru and is noted for its flavor. "Peruvian Sun is very unique in that it has a two-tone red and yellow skin with yellow flesh. It has been considered by the Fine Food Writers Guild as the best tasting potato in the world. It can be challenging to grow but we are excited to offer this product in North America." 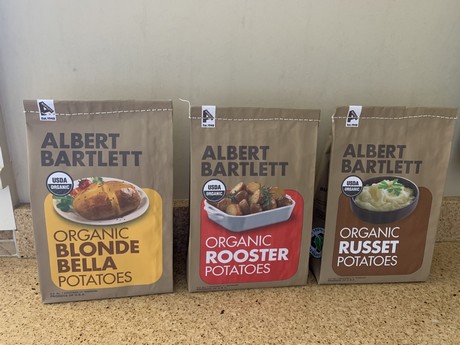 New compostable bag being introduced soon
Albert Bartlett said its packaging is critical to their success. Their poly mesh bags leverage UV blocking technology, and they also offer various steam technology with a tray and bag. Soon, the company will be introducing a compostable paper bag for its organic potato range. The driver for this new bag is to reduce the environmental footprint and is also in response to consumer behavior towards packaging in general. Stachelek said the company has received positive feedback so far before it is officially introduced.

"We expect to have our 100 percent compostable paper bags available later this year," he announced. "The bags are stitched closed at the top and fit in well with our organic line up for consumers looking to have a more sustainable packaging option."