Following a spring and summer of high pricing on onions, with the fall comes a new crop and a change to pricing and movement.

“We’re seeing a decent amount of supply of onions this year so it should be better than last year. Supplies should be pretty good,” says Jason Davenport of Allied Potato Inc. With no major weather delays, harvest began on time in the Northwest. “It should be a good year for onions.” 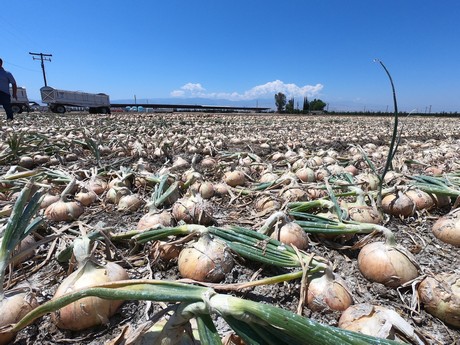 Out of California which is coming near the end of its season, supplies also look good and similar to what was seen last year at this time. “King City, which is in Monterey County, Ca., is the last region we’re harvesting in for the year as we wrap up with our storage onions,” says Megan Jacobsen of Gills Onions, a California-grown onion company based in Oxnard, Ca. Harvest should go until mid-November and then come mid to late April 2020, Gills will begin harvesting in Brawley, Ca.

Strong foodservice demand
As for demand, Davenport at Allied notes that demand for retail is slower right now though not so for foodservice. “Demand is good especially for onion products that are being prepared for foodservice such as chopping and pre-cut,” he says. Jacobsen at Gills, which supplies fresh-cut onions, also describes demand as steady, and adds that Gills sees that within foodservice, there’s a push for visually appealing product. “Consumers, especially millennials, want not only food that tastes good but looks good too,” she says. 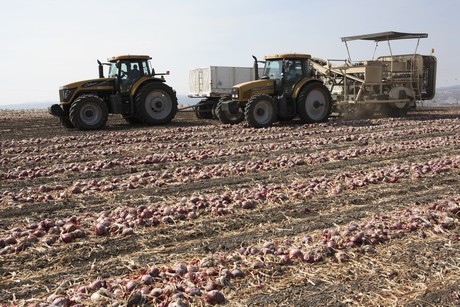 Meanwhile Davenport believes that with greater supplies this year, export opportunities may be stronger as well. “I think exports will pick up as more supplies come on,” he says, noting Allied exports to countries such as Panama, Guatemala, Honduras, South Korea, Taiwan, Hong Kong and the Dominican Republic. “And we’ve even had inquiries looking for supplies for Mexico recently,” he adds.

All of this means pricing is good right now but lower than last year at this time. “I’d expect prices to come down a bit though as supplies pick up,” says Davenport. “They’re holding right now.”