“Run on all organic greenhouse vegetables” 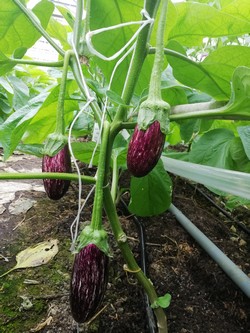 The holiday period is gradually reaching its end in Belgium and the Netherlands, and a lot of people have returned home again. Ecoveg mostly notices this because of demand. “There’s a run on all organic greenhouse vegetables imaginable,” says Krist Hamerlinck of Ecoveg. “Early in August we had a surplus of aubergines, now there’s a shortage. However, prices in the organic segment are rising much less rapidly than on the conventional market.”

Rising prices for tomatoes
“Tomatoes have done quite well throughout the year, particularly when comparing this year to the past three years. We normally sell 70 to 80 per cent of our tomatoes in advance in programmes, but we decided to do that less this year. We felt there was a lot of demand, and the area hasn’t increased significantly in recent years. Prices are quite high at the moment, but they’ll increase in the coming weeks because production is starting to decrease somewhat. The plants were affected by the heatwave as well. Products like coeur de boeuf and Roma tomatoes are much more sensitive to the heat than vine tomatoes,” Krist says. This year, Ecoveg starts supplying organic greenhouse vegetables year-round by supplying Spanish products in the winter period or when there’s a shortage. 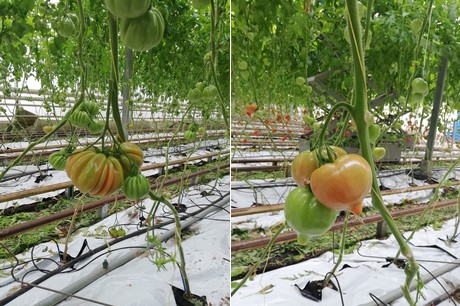 Healthy bell pepper market
The cucumber market is also doing well. Production is going well and quality is good. “As a result of high demand, prices are good. There’s even a need for more Belgian and Dutch product, but few growers are switching to organic production. This is understandable, the transitional period lasts two years. The bell pepper production was very irregular this year; a lot of ups and downs, and we even had periods when we could harvest two kilos per metre. Fortunately, demand was good and we managed to sell all products. Supply and demand are currently slightly better balanced,” Krist continues.

It appears as if the organic greenhouse vegetable area will remain quite stable in the coming years, as long as A.C. Hartman from the Netherlands doesn’t drop out. “It would be bad if that company could no longer supply, that would definitely result in shortages, and customers might start looking for product in Spain. That’s why we’re always looking for growers who offer their product. We export to countries including Scandinavia, Germany and the UK. We think that’s a good mix of countries where our product is sold,” Krist concludes.