Cucumber market up as some regions experience issues

Cucumber growers are witnessing a solid season in their Mexico growing regions. For Texas-based Bebo Distributing, it's a busy time as the second harvest for the summer is about to start. Bebo Distributing's Jimmy Garza said the market has been strong as some regions like Michigan experience weather-related delays, resulting in shorter supplies for now.

"We've just started our second cucumber harvest," he shared. "The first one - which was planted back in April - has just given way to the subsequent planting. We have seen cucumber prices rise into the high teens and low twenties. Some growers in Michigan have not started yet and as a result there is a bit of a gap. The market is currently elevated, but we expect it to ease soon once Michigan gets started."

He added that the industry is also keeping a close eye on developments after Hurricane Barry crossed the Louisiana coast over the weekend. "The hurricane hit the southeastern states where they are still producing cucumbers. So we will have to wait and see what impact it has had on them."

Tomato production moves into elevated zone
It's a period of transition for tomato production as well, with some growers beginning their San Luis Potosi crop. This crop is situated at a higher elevation, north of Mexico City, allowing for milder temperatures and abundant sunshine at this time of year.

"We have just started our summer season in San Luis Potosi," Garza said. "The tomatoes are produced under the Quintanilla label, which is the name of our premier grower in the region. The summer heat in this area arrives before other regions, peaking in April and May. Now it is more mild due to the elevation of the region."

Garza continued by describing the products on offer. "Bebo Distribution offers both Round and Roma tomatoes, mainly in a layered 4 x 4 tray," he noted. "We also supply 25lb bulk packs, as well as RPCs for retailers."

Tomato market steady despite tariffs
With the introduction of tariffs on tomatoes earlier this year, Mexican tomato growers have been waiting for the market to react. So far however, the market has remained relatively stable. This is likely going to be a major discussion point for the remainder of the year. 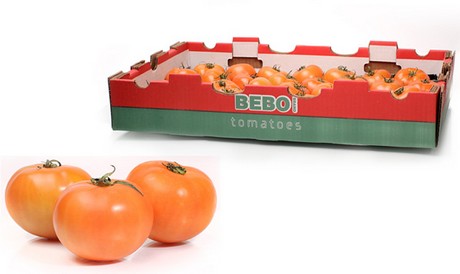 "There has been lots of talk about the tariffs on Mexican-grown tomatoes," Garza explained. "Growers are handling it in different ways, and so far, the market has remained stable. It's still early days though and there is a general sense of uncertainty. It remains to be seen how it will turn out or even if the tariffs will remain in place as discussions continue."

Bebo Distributing grows hard squash for the first time
One of the new products available from Bebo Distributing is hard squash. This year-round program is to be sourced from both Mexico and Texas. According to Garza, the company wanted to offer their customers another option, based on their feedback.

"Bebo Distributing started growing hard squash this year for the very first time," he shared. "We have Acorn, Butternut and Spaghetti squash available for retail. For much of the year, we grow in Mexico but we will also have a fall and spring crop in Texas. The volume is fairly small when compared with our main crops, but it's something our customers were asking us about and we wanted to provide it for them."