Today (July 8), cherries from Izmir in Turkey made a grand entrance at the Shanghai Huizhan Market, where a ceremony took place. These cherries were imported by Shenzhen Kingship Co Ltd., a high-end food importer in China, and transported by Panalpina, a global shipping giant, without undergoing cold treatment before being exported to China. 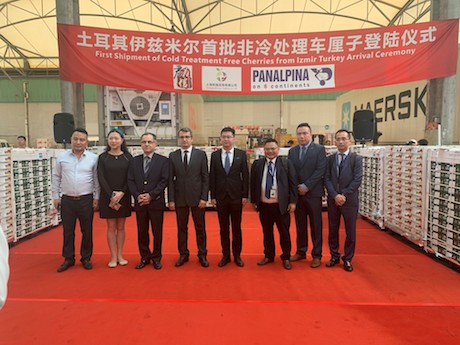 High-level representatives of the Consulate General of Turkey in Shanghai, Shenzhen Kingship, Panalpina and Shanghai Binyue

The ceremony was attended by high-level representatives from the Turkish Consulate General in Shanghai, Shenzhen Kingship, Panalpina, Shanghai Huizhan, Shanghai Binyue and a number of large retail chains.

According to Ahmet Denk, Consul at the Consulate General of Turkey in Shanghai, the arrival of these Turkish cherries in Shanghai, which didn’t undergo cold treatment, has put a stop on the 16-day cold treatment requirement, and will become an important milestone in the trade of produce between Turkey and China. He believed that in the near future, China will become one of the main export markets for Turkish cherries. Turkey is the world's largest producer of cherries, and China is the world’s largest consumer of cherries. The cooperation between the two countries in the import and export of cherries will bring benefits to Turkish fruit farmers, and further deepen the economic and trade cooperation between China and Turkey. 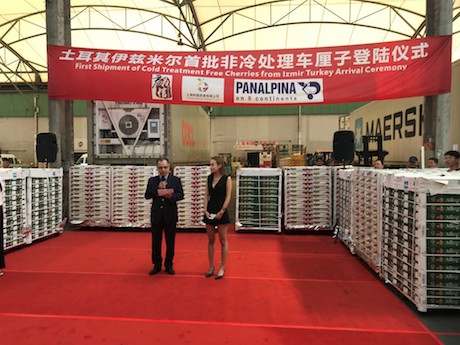 Consul Ahmet Denk from the Consulate General of Turkey in Shanghai

Mr. Wan Zude, the representative of Shenzhen Kingship, said that Kingship has signed a cooperation agreement with Cena, Alanar (a subsidiary of TEKFEN AGRI) and other Turkish processing companies that have the permission for their cherries to enter China. Starting from this week, they will select cherries with the highest quality to send to China, bringing the ultimate in delicious cherries to the Chinese people. 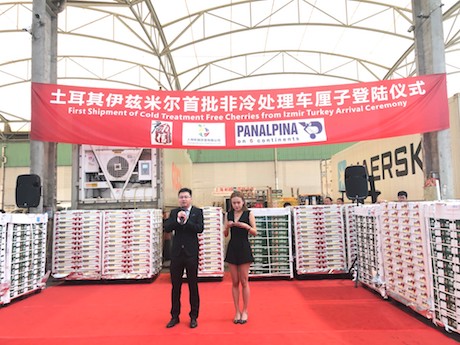 Chen Bin, General Manager of Shanghai Binyue Trading Co., Ltd. thanked everyone for taking part in today's ceremony. He said that Bin Yue will join hands with all stakeholders present to take care of the point-of-sale services in the wholesale market. 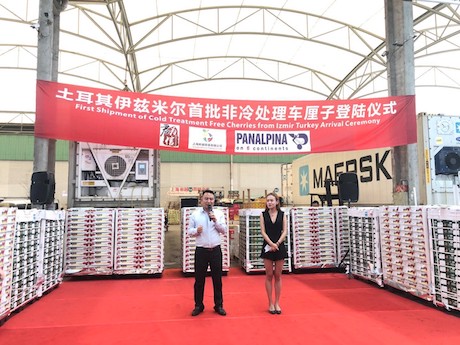 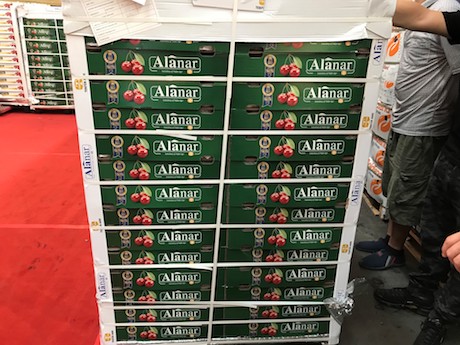 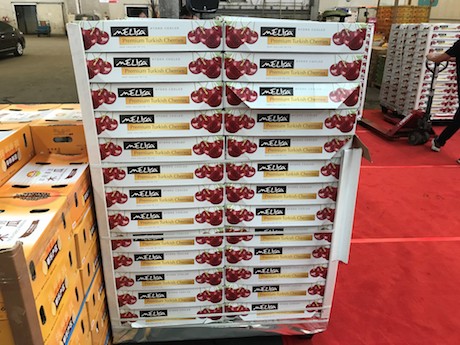 It is reported that these high quality cherries imported by Kingship from Izmir in Turkey were some of the first cherries to enter the Chinese market after China and Turkey had revised the conditions for their entry to China.