Strong cabbage market starting to level off for summer

Supplies of cabbage are solid right now from California.

“Out of Modesto, Ca. we have great supplies throughout the summer and through the fall. The supplies are about the same as last year,” says Frank Ratto of Ratto Bros Inc. in Modesto, Ca. “We have more green cabbage while Savoy cabbage and red cabbage have been relatively tight.”

Factoring into a strong market for cabbage is the fact that a heat spell hit the region a few weeks ago. “I think it caused some damage so supplies may have been down a little it,” says Ratto. “Winter and spring rains also kept people from getting into the ground and there were some gaps between spring and summer. That affected the price and kept it up probably more so than previous years.” 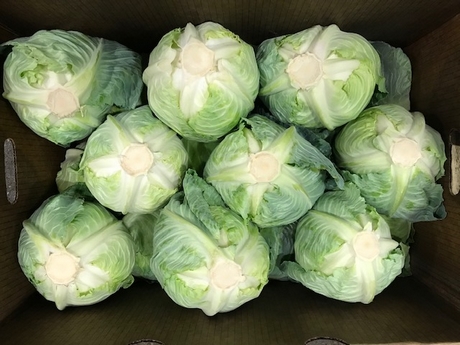 Good winter for cabbage
This follows a strong winter in cabbage as well. “St. Patrick’s Day we had ample supplies of cabbage,” adds Ratto. “The market was probably a little better than the previous years. But I think with all the rains we had this year, cabbage has maintained its relatively decent price.”

And while demand is generally consistent for the vegetable, winter months sees stronger demand because it’s still seen as a cooking vegetable. “And for us in the summer, our volume slows down somewhat because of the number of locally grown seasons across the country. We don’t ship as much east as we normally do other times of the year,” says Ratto. “Canada also sends a lot of produce to the United States. And locally for example, Denver, Co. is starting up their cabbage program right about now.”

All of this puts cabbage between $11-$14 currently, though red cabbage is up to around $35 while Savoy is even stronger between $36-$40. “The market is stronger but it’s starting to level off for summer,” says Ratto. “With the locally grown programs across the country becoming more prominent, it’ll take away the demand from the West Coast.”