More than 4000 visitors attended during the three days of the fifth Freskon trade fair, which was organized once again this year by TIF-Helexpo.

The fifth Freskon Trade Fair was a complete success, proving that it has become established as the meeting and reference point for entrepreneurs from the entirety of the post-harvest chain, as well as top domestic and international fresh fruit and vegetable producers and transporters. 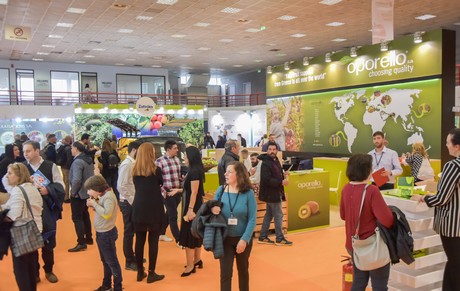 The numbers speak for themselves regarding the fifth continuous year of the Greek Fruit and Vegetable Trade Fair. Visitor numbers were slightly up on last year, which meant that, during the three days from 11-13 April 2019, more than 4000 people entered the Trade Fair’s facilities.

A new characteristic of this year’s Freskon was that it hosted the Digital Greece Freskon Edition initiative for the first time, with 13 startup companies presenting their technological proposals exclusively concerning the agricultural sector.

It is important to note that Freskon proved its socially responsible character once again this year, as — following the conclusion of the event, similarly to the previous four years — Exhibitor fruit and vegetables were collected and provided in support of the Smile of the Child foundation. 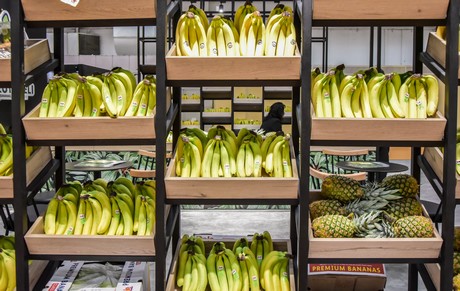 Continued dynamic international presence
The international character that Freskon has put forward in its identity was obvious both in the composition of the Exhibitors, as well as in that of the hosted buyers, who chose to exhibit their products, get acquainted, and make business deals in the 12,500 sq. m. space provided. Specifically, 215 direct and indirect exhibitors from 16 countries were present at the Trade Fair, from: Greece, Cyprus, Egypt, Argentina, Bulgaria, Italy, India, the Netherlands, the United Arab Emirates, Syria, Spain, Denmark, and Germany.

It should be noted that the number of Exhibitors this year was significantly higher, as there were 191 Exhibitors at last year’s Freskon. At the same time, there was an impressive increase in hosted buyer program participations as 205 businesses from 33 countries attended. Many of them were from the Balkans, holding more than 3000 meetings with representatives of Greek Businesses and Producers. Generally, the origin of foreign visitors was from 41 countries. 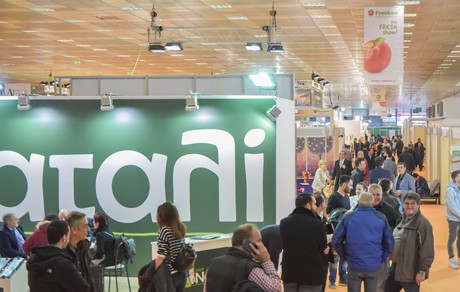 Peaches under the microscope
However, apart from being the reference point for the promotion of trade meetings and business collaborations, Freskon has also been established as a field of analysis of dynamic Greek agricultural products, with table and clingstone peaches as the focus. Thus, during the International Peach Congress, which was held throughout the three-day duration of the Fair, the domestic, European and global image of the production, trade, and consumption of these two products was outlined clearly and in detail. Furthermore, there were also discussions regarding a way out of the current difficult situation, which weren’t so much focused on marketing and its commercial management, or on the various varieties; they were mainly focused on the reorganizing of the production procedure and the reforming of orchards and the introduction of machines therein.

The representatives of Sponsor Companies, and important guests and internationally renowned speakers from the peach sector, imbued the Congress with prestige, while their presentations caused extensive discussions with the audience. 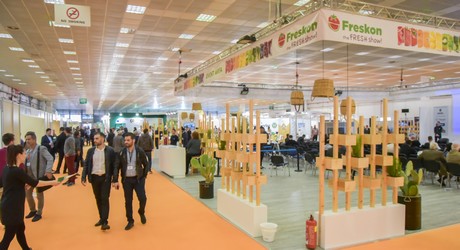 FreshCon Market: A place exclusively for business
In addition, the FreshCon Market was successfully held once again this year in the framework of Freskon, with hundreds of B2B meetings that were organized and coordinated on Friday 12 and Saturday 13 April 2019, between Greek Merchants, Production Companies, and Associations, and major supermarket chains from the Balkans and Southeastern Europe, as well as major European chains that are active there. The positive outcome of many of the business meetings which international suppliers attended, proved that the FreshCon Market is a commercial hotspot that may offer a powerful boost to the further expansion of Greek production in a geographical space that is crucial to it. 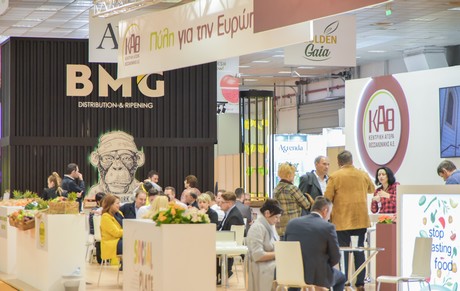 Together again in 2020
The warm atmosphere and positive results of this year’s Freskon, without overlooking the ever-present potential for further improvement, provided organizers with certainty that its extroverted orientation and its goal of promoting Greek fruits and vegetables in Balkan and broader international markets is the correct and effective path to follow. The goal is always for the effort made by the Exhibitors, the Trade Visitors, and the Organizers, to bear fruits, and that is the direction towards which we will continue to work until our next date with Freskon in 2020.