A historic occasion was marked yesterday (Monday) at the Durban quayside facility of Maydon Fruit Terminal (MFT): the first co-loading of citrus for Japan and China on a break bulk or reefer vessel, witnessed by Department of Agriculture, Forestry and Fisheries Minister Senzeni Zokwana, Deputy Minister Sfiso Buthelezi, Deputy Director-General Mooketsa Ramasodi, as well as other officials from the ministry, the Perishable Produce Export Control Board and the Citrus Growers' Association. 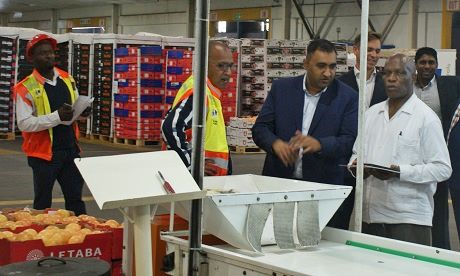 The original 2004 protocol that granted access for South Africa’s citrus to China specified shipment in containers, but in 2015 the South African industry put in a request for specialised reefer, or break bulk, vessel shipments to be also allowed by the protocol. China was amenable to the idea, but then followed four years of thrashing out the technical details

Zest Fruit takes leap of faith
Zest Fruit which markets citrus from South Africa's northern production regions was the first to take the leap of faith this season. Their fruit makes up 60 to 70% of the parcel.

Baltic Summer is the first of six vessels to be co-loaded for China and Japan this season. Cool Carriers is the shipping line. The first ship will be loaded with 5,200 pallets of grapefruit and depart from Durban Harbour by the end of the week. The protocol requires a transit temperature of -0.6°C for 12 days for Japan, so Tokyo and Osaka will the reefer vessel’s first ports of call, thereafter it will move to China which requires 24 days at this temperature. 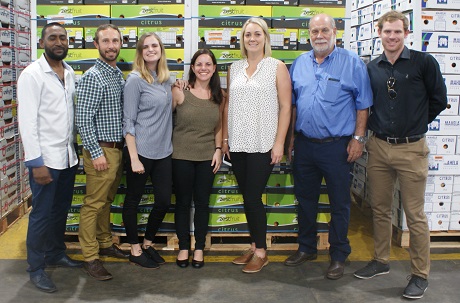 Of the vessel’s twelve holds, four will be for China and eight for Japan. It is possible that citrus for South Korea and, perhaps, even India could form part of such shipments in future.

Break bulk shipments relieve logistical pressure on Durban Harbour
The South African citrus industry has been obliged to look at new ways of shipping fruit to accommodate the promise of big growth in the industry: a 25% growth over the next three to five years, or 500,000 tonnes’ worth of additional fruit that needs to be moved. Apart from the improved adherence to cold protocols because of better cold air flow management on reefer vessels, this method of shipping can clear large volumes from the port in a short space of time, explained Justin Chadwick, Citrus Growers’ Association CEO at the event to mark the occasion.

DAFF officials also noted that this mode of shipping significantly speeds up the phytosanitary inspection process and reduces the work load of officials.

The quayside Durban facility of MFT where pallets are loaded directly onto a vessel is situated away from the container facilities, further easing the notorious traffic congestion at the Bayhead container terminals in Durban Harbour.

Co-loading reduces chance of oversupply on Chinese market
A further advantage, Justin pointed out, is that this method allows exporters to supply smaller amounts of fruit, avoiding possible oversupply and concomitant price pressure.

The CGA hopes that more exporters will follow the example of Zest Fruit. Currently more than 85% of South African citrus exporters use containers, a less expensive option than reefer vessels.

Citrus industry again puts lemons to China on agenda
The outstanding matter of lemon exports to China, much needed in light of a projected growth of 180,000 tonnes over the coming three to five years, was again discussed between the CGA and the officials from DAFF. The local industry has repeatedly provided Chinese officials with research evidence that lemons are not hosts to false codling moth or fruit fly, in the hope that the country will soften its cold protocol which currently is too low for assured successful lemon transit. 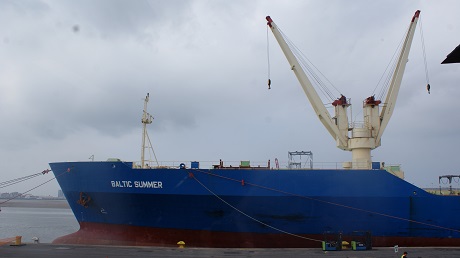