Bok choy production is in the midst of the transition from the desert regions to the spring and summer regions in coastal California, including Oxnard, Santa Maria and Salinas. There has been much talk about the impact on crops resulting from the heavy rains parts of California witnessed some months ago. Most have reported that difficulties in planting – especially in the Salinas area – will result in a tight supply market in a few weeks. This appears to be the case for bok choy as well.

“What everyone perceived as excessive rain was actually normal,” noted Paul Vogel, owner and CEO of QSI Produce. “The last 10 years has produced much lower than normal rain totals in California, leading to a state of near-drought. However, the rain has had a number of effects. Firstly, it resulted in an oversaturation during the growing season for many crops. Additionally, planting schedules were impacted due to the saturation of the soil.”

Because the fields were very wet, growers had difficulty in accessing them and suppliers note this will have a knock-on effect on supplies. “Producers had more difficulty in maintaining the crops during the rain events,” Vogel said. “Consequently, we can expect bok choy supplies to be inconsistent and erratic over the next few weeks, leading to a very strong market.” 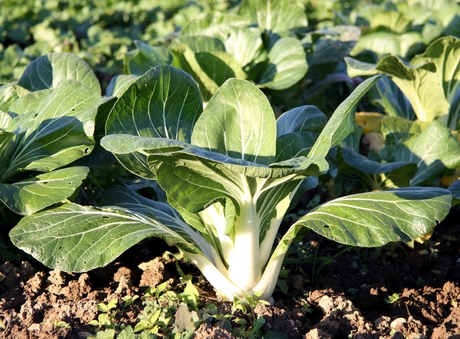 More mainstream but harder to source
Bok choy has traditionally been favored by consumers of the Asian demographic. However, suppliers have noted that the vegetable has been gaining wider popularity in recent years. The problem is though that it is getting more difficulty to source, as Vogel explains.

“Bok choy has become much more mainstream in the United States,” he observed. “However, fewer people seem to be growing and handling it and it as becomes less distributed. There is simply fewer bok choy around so we can only assume the market will become stronger in the future.”