Crimson seedless a mainstay of Chilean supply to the US

Chile will continue to be the primary source of grapes into the North American market for at least the next six weeks as the last of the Peruvian fruit filters through. Crimson red seedless continues to set the pace when it comes to volume, being one of the mainstays of the Chilean season. Supplies are steady along with other red varieties, while green seedless grapes are still experiencing tight supplies.

"We expect Chile to be the premier supplier for the US market through April and into May," noted Scott Reade of Pandol Brothers. "Pandol Brothers will have Crimson seedless from Chile up until the Memorial Day holiday because by that time, Mexico volume will still be building. We also have our signature Sweet Celebration seedless grapes. Other red seedless grapes from Chile include Timco, which are also one of the larger varieties from Chile in terms of volume, as well as Allison and Jack's Salute. For green seedless, we have mainly Thompson."

Reade added that expectations are for the market to remain strong throughout the season, given the generally lower yields in Chile this season, especially for green grapes. The prospect of a slightly later start to the Mexico season is also weighing on the minds of suppliers. "Green seedless grapes have experienced strong demand out of Chile, especially from the Asian and European markets," he noted. "We have seen that some of the Thompson seedless grapes have been sent to the raisin market while some growers have pulled them out. There has also been lower yields due to reduced bunch weights and this should translate into a continued strong market. Mexico is yet to see a bloom because we are still two months out from the season. Early indications are that the crop will probably start about one week later than what we normally think of for that window." 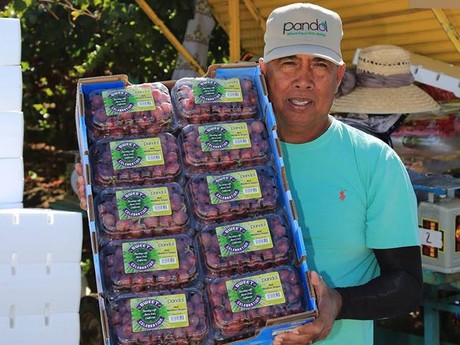 John Pandol, Director of Special Projects at Pandol Brothers, shared that of the grapes that have arrived in the US, there has been practically no re-packing for quality issues which he says is a departure from the trend that has occurred over the last few years. "One thing that has been different this year from the past three to five seasons is the amount of grapes that have been repacked in the USA for condition problems. It has been almost nil this year versus three to five percent in past years and times when one had to wait up to five days for availability of space in repack facilities."

New varieties give more options
As many are now familiar with, there are several new varieties of seedless grapes that are entering the market. There is still some debate as to how many new varieties the market can sustain, but for now suppliers note that it does provide both sellers and buyers new options in the category.

"Having new varieties is exciting as it expands the options available," notes Reade. "Some are larger in size, some are smaller, there are differing colors as well as levels of sweetness. It provides more options for consumers and creates excitement in the category."

Reade also mentioned that there are more new green seedless varieties in the pipeline. "There are not as many new green varieties as yet. However, many have been planted and the vines are still to mature." 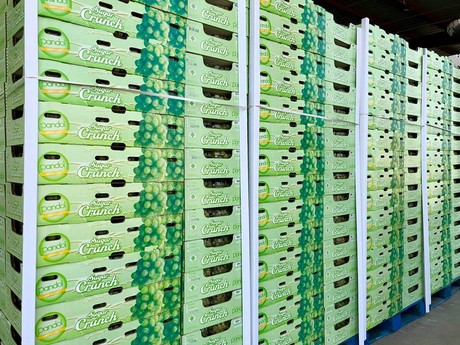 More Sugar Crunch grapes coming soon
With Pandol Brothers having expanded its Sweet Celebration grapes program to make them available year-round, the company will shortly be introducing another new variety - this time a white seedless. Branded Sugar Crunch, the new variety will make its first appearance in full commercial production during the California season later this year.

"We have been working to develop the Sugar Crunch for full commercial production, starting in California this year, followed by other regions with the aim of eventually making them available year-round," Reade said. "It's a white seedless variety that has a great crunch and is very sweet, hence the name. Volume is set to grow substantially over the next year or two."