The spinach market is starting to settle down again after seeing high prices in recent weeks. Growers reported an increase in demand for leafy greens in general after buyers abandoned romaine lettuce after the most recent E-Coli outbreak.

"We saw an uptick in demand for spinach, especially from salad producers who were pulling out romaine from their salads and replacing it with spinach and other greens," noted Zack Andrade of Spinaca Farms. "The market has been very hot, with almost every leafy green crop experiencing the highest markets they've seen for more than a year. Coming into Christmas, the strong demand continues with spinach salad still a popular holiday item." 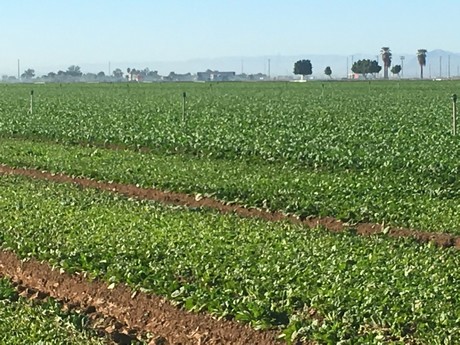 Desert production good early, then stalled
Most salad spinach destined for US markets is currently being grown in the desert regions such as the Imperial Valley and Yuma. According to Andrade, the early part of the season saw excellent growing conditions, resulting in good supplies. This has made way for a diminishing in volume as rain recently impacted the growing region.

"The front end of the desert deal saw perfect conditions which resulted in great yield and excellent quality," Andrade said. "However, as soon as there was a surplus, a period of rain and cooler weather descended on the region, causing a slowdown in production. The Imperial Valley experienced a couple of inches of rain during one period, bringing the harvest to a standstill for a short while."

Now the situation has steadied, with predictions for more steady spinach supplies ahead, as Andrade explained. "Supplies are now back on track and we are forecasting January to have a steady equilibrium between supply and demand." 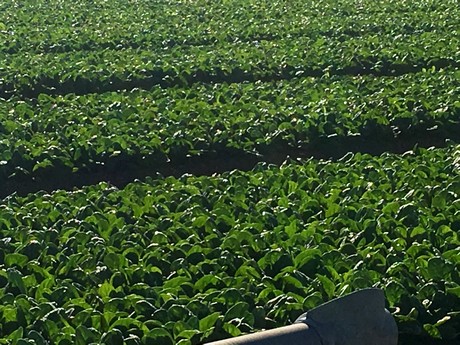 Spinach as a 'functional' food saw growth this year
One of Spinaca Farms' programs is 'Roots to Shoots', an initiative first launched in 2015. The program aims to utilize more plant material that might be left over from harvesting and use it to create new products in what is termed as the 'functional foods' market. Andrade said that this year saw further growth in the category.

"We saw strong growth this year in our functional foods program," Andrade shared. "We take the excess when it is available and turn it into products like spinach powder which can be used in nutraceuticals, as well as juices for the health benefits."