The main commercial cherry harvest will start in around three weeks’ time at New Zealand’s cherry export company, Trophy Ridge Cherries and run on to the third or 4th week in January. 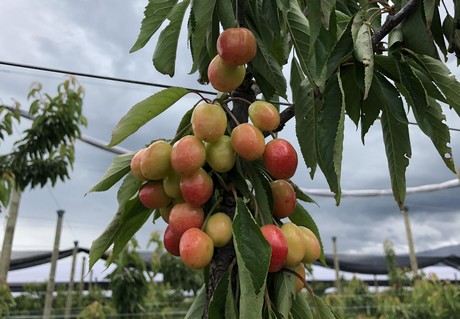 “The weather has been trickier than last year when it was very hot, this year we had a lot of frost even up to November and pollination has been difficult for some, so I wouldn’t imagine we would get to the same volumes as last year," explained Graeme McMillan from the company. "There has been a lot of rain in some areas, 42 millimetres in a recent period here, but this was early in the cherry development, it will aid with the formation of bigger berries. The berries are still green so there is no less risk of splitting." 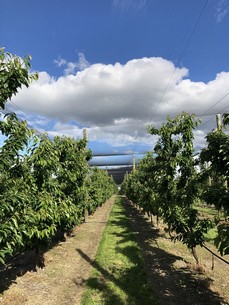 Trophy Ridge Cherries grow on a 40ha property near Lake Dunstan, 13kms from Cromwell, 30ha of which is planted. The trees are between 2 and 12 years old and around 20 hectares of them have just been netted to protect them from birds, hail has not been seen or experienced at this location in 15 years in Central Otago NZ since Graeme has been there.

Chilean volumes this season may be reduced by around 25% after a serious hail event a few weeks ago, they are a competitor in the Asian markets but not directly as they produce on totally different scale than New Zealand. “We produce around 6000 tonnes while Chile produces around 150,000 in a good year. Chile also has less quality than New Zealand and due to the distance and volumes they ship the fruit by sea, whereas we airfreight everything. Chilean producers also have a lot of support from their government which is fantastic, and they are learning fast and improving the quality.” 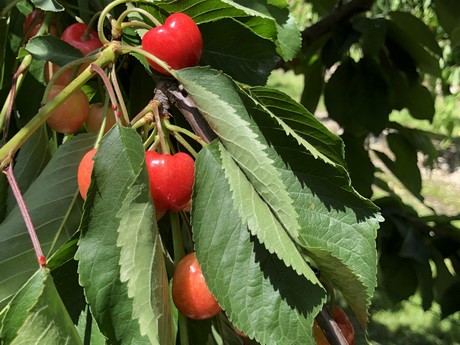 There are only 30 growers in New Zealand who have an export licence so cherry exports remain relatively small, but Graeme said there are now a couple of companies who are planting a large acreage of trees and may end up doubling the volumes of cherries produced, so things are changing. 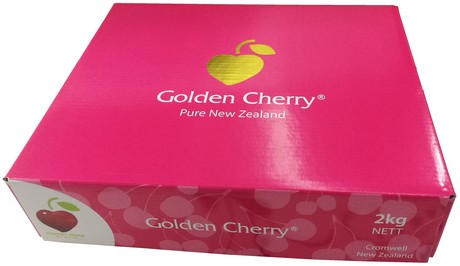 “Due to the devaluation of the Yuan against the dollar, it has dropped around 12%, our customers in China have asked for more 1Kg boxes instead of the normal 2Kg, I hope this will make them more affordable for consumers who like their premium cherries. We have various packaging for the different markets, the pink one in the shape of a heart which is popular in Taiwan, but for China it has to be red.

"There is a lot of demand from Russia for New Zealand cherries and they are willing to pay a lot for our cherries, but unfortunately, we cannot export there as yet due to their phytosanitary regulations on brown rot." 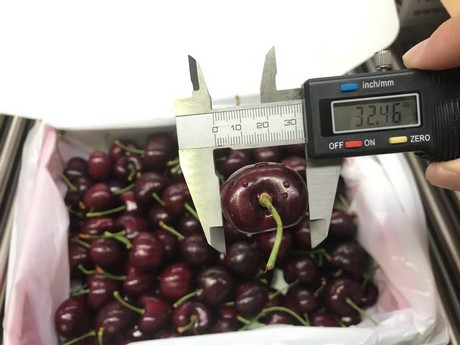 Last season saw the first big volumes of cherries go to Asia from mainland Australia, but Graeme said they have a very different cherry to the New Zealand one. “They have an entirely different climate, often very hot and dry so the cherries tend to be smaller, similar to the Chilean ones. The best Australian cherries come from Tasmania which are direct competition to the NZ central Otago ones."