As expected, the second day of the Fruit Attraction trade fair had even more visitors than the first. According to exhibitors, the quality of visitors to this second day was high and the atmosphere was good. The aisles quickly became crowded. In the stands, good conversations were being held from early in the day.

The Dutch and Belgian delegates remarked that the number of visitors and exhibitors grew every year. Discussions are also more focused on producers and suppliers, rather than retail chains. Standholders and visitors also noticed that Fruit Attraction is gaining popularity compared to the trade show in Berlin. They expect this growth to continue in the future.

Today was the third, and last day of the fair. As with previous years, it is expected that things will die down towards the end of the afternoon. 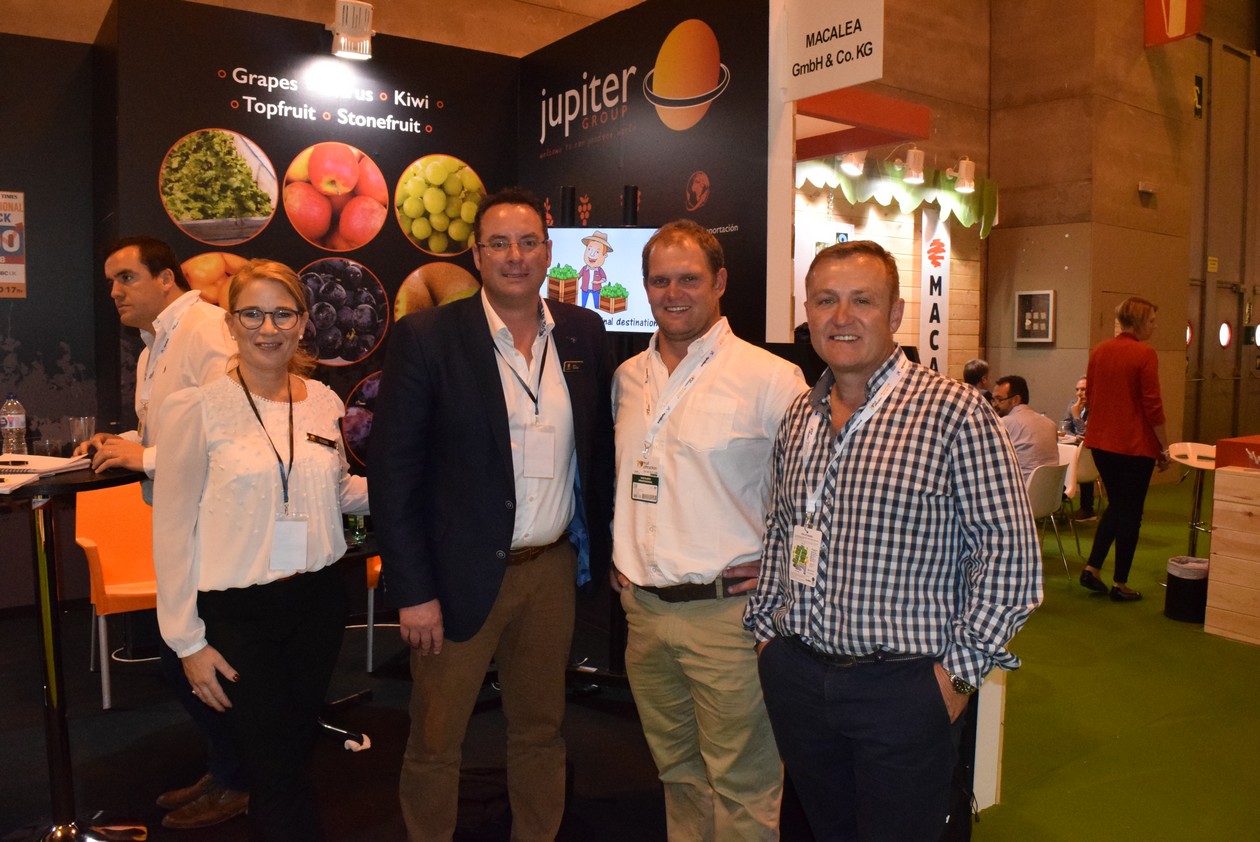 Several companies held press conferences to introduce new products during the second day of the trade show. The new Morgana apple was presented at the Melinda stand, This was done by the four companies that form the Morgana Apple Group. They are the Fruitveiling Zuid-Limburg (Southern Limburg Fruit Auctionhouse) from Margraeten in the Netherlands, BFV (Belgium), the German Krings Obstbau Vertriebs (Krings Fruit Wholesaler), and Melinda from Italy.

The plant breeder, Planasa, launched a new variety of strawberry - the Savana. Fresas Nuevos Materiales introduced two new kinds of strawberry and raspberry. Axia presented a pointed pepper which contains more carotene. These companies are all from Spain.

Garlic exporters in this country mainly discussed the situation on the garlic market. They firmly believe in the quality of Spanish garlic. The kaki and cherry traders are dreaming of an opening on the Chinese market, and the potential this could have for their products. Grape exporters are ready to start sending their product to China. There are even companies who have started a brand, especially for the Chinese market. 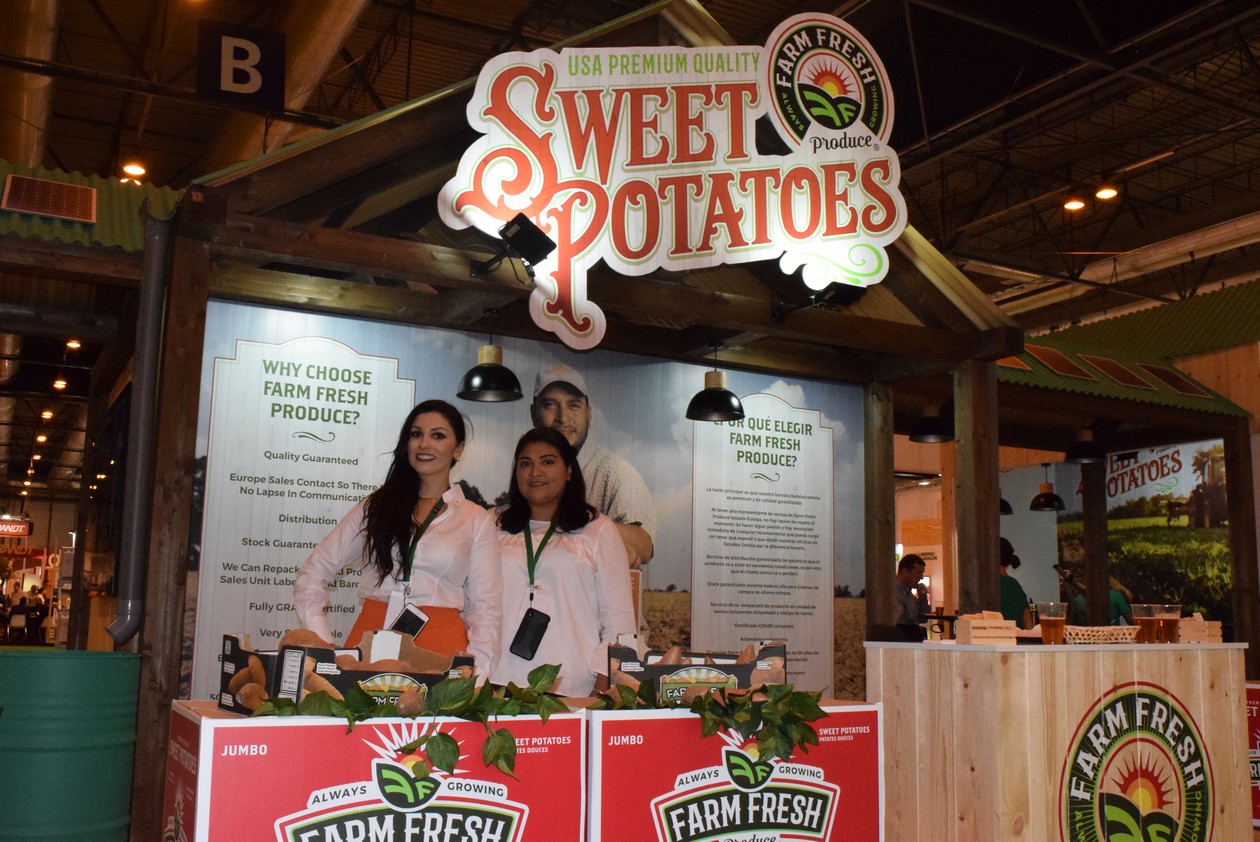 The hall where most of the Italian exhibits were, was not as full as the Italian delegates expected. One of the exhibitors noticed that Hall 9 and 10 were busier than Hall 3. "It was expected that these two halls would draw the most visitors. Most of the Spanish companies have stands there. They were mostly being visited by Iberian and international visitors."

The fair becomes more interesting for French standholders every year. According to some, more relevant meetings take place at Fruit Attraction than in Berlin. One of the reasons for this is that French supermarkets are well-represented in Madrid, where the trade show is held.

The presence of Latin American companies also increases annually. This presence includes exhibitors as well as visitors. Everyone was delighted with the fair's atmosphere as well as the number of visitors. The first day was already good for many of the companies from this part of the world. They were all also busy yesterday. The European market is more important for some than others. There is, however, much interest in products from South and Central America. 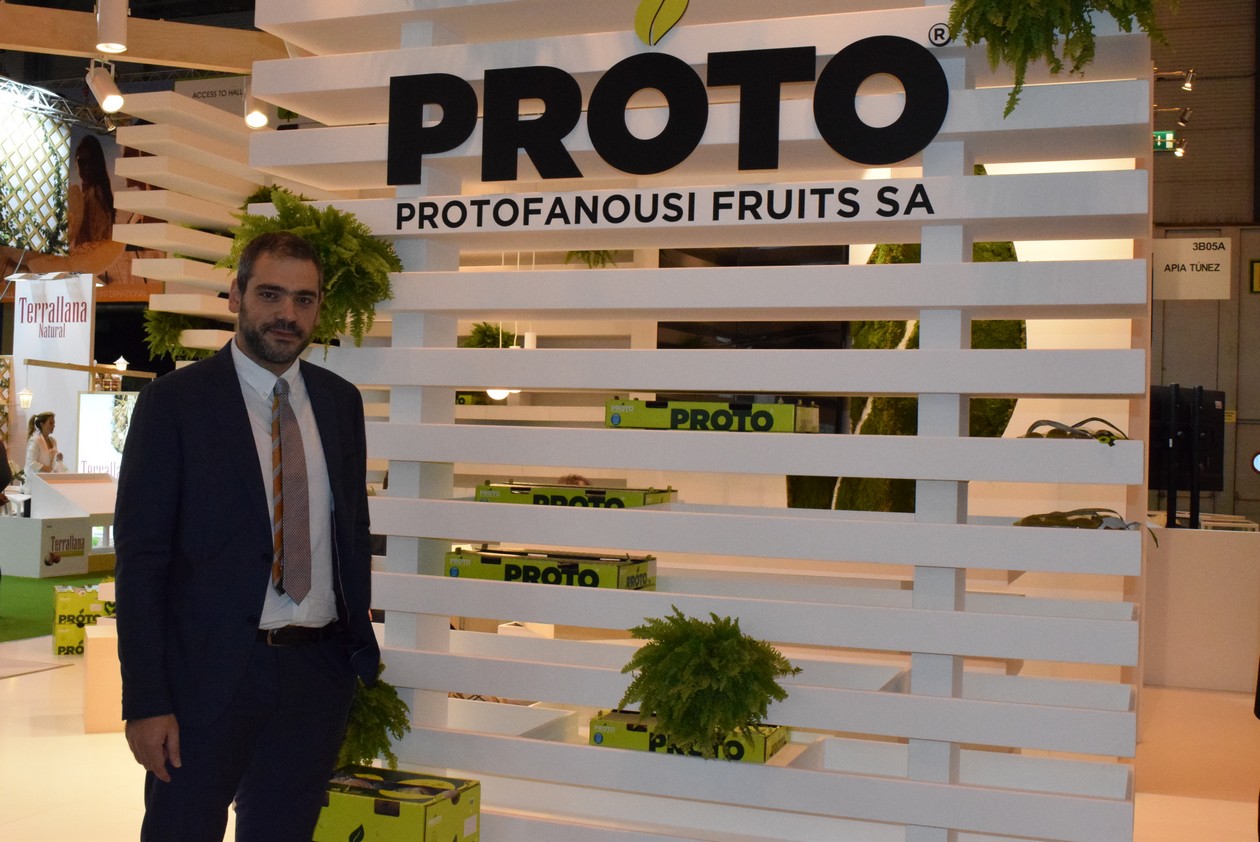 Every year, Brazil is at the trade show with a large pavilion. However, the sizeable Chilean stand drew attention this year. Ecuador is, of course, well-known for its banana export. But this time the Guanabana was also being promoted. Peruvian superfruit was present, and there was a pavilion with, among other products, citrus and top fruit, from Argentina. Colombia was also there with various kinds of products, in particular, Hass avocados. Costa Rica always has a variety of diverse products on display. The main one of these was the pineapple. There were also three stands with Mexican berries. These were well received by the visitors.

It seemed that a number of Greek companies had decided to pack up after the first day. The exhibitors found the fair to have already been a success after day two. The increasing size of the crowds remind standholders of Berlin. They hope that this trade show will not go in the same direction.

Despite the crowds, the exhibitors from this Mediterranean country found the atmosphere at Fruit Attraction very pleasant. The trade show was experienced as being very open. The weather was warmer on the second day of the fair. Because of this, it remained busy, even outside the stands, in the walkways. People prefer to, if they can, have a chat, sitting outside on a bench, in the sun.