It has not been the smooth start to the desert deal that lettuce growers had hoped for. Reports are that cooler weather has not yet arrived in either Yuma or the Imperial Valley, with the former also experiencing storms in places. Mark McBride, of Coastline Family Farms, said the warm weather and storms in Yuma caused damage to some of the early lettuce plants.

"We've experienced challenging weather at the start of the Yuma season," he explained. "There was still some extreme heat early as well as rain and hail which fell sporadically across the greater Yuma district, both of which damaged some of the seedlings. It's very unusual to have such late storms in the Yuma area. This has reduced volume and weights for lettuce during the first few weeks of the season." 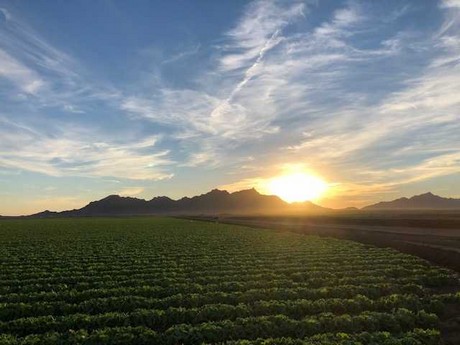 The end of the Salinas season
For many California vegetable growers, now is the time of year when the season transitions south to the desert areas. While Coastline Family Farms has finished their Salinas lettuce season, it still has some other vegetable crops that have yet to transition, including broccoli. The company shifts lettuce production to Yuma for a short while before moving it again, this time to the Imperial Valley for the winter months.

"The only commodity that has entirely transitioned from Salinas to Yuma is iceberg lettuce, with our Salinas season completely finished," McBride shared. "We grow lettuce in Yuma for about a month before moving to Brawley in California. It's still too warm in the Imperial Valley at this time of year and that's why we grow in Yuma to have a bridge for three to four weeks."

"Additional commodities will move southwards over the next few weeks," he continued. "We are hoping to start leaf lettuce shortly as well. All other vegetables are still growing in Salinas and will move directly to Brawley during the week of the 19th. We expect to have some overlap with broccoli as the Salinas season winds down." 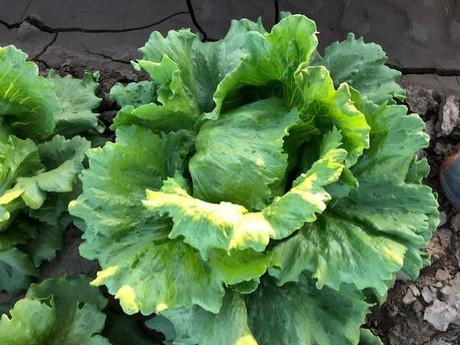 Good markets as a result
In addition to the storms in Yuma, conditions in Salinas have also affected supplies. Growers say the Salinas crop has been ahead of schedule ever since the season started due to a warm spring. The results of this have been realized at the end of the Salinas season, with supplies dwindling earlier than usual. Combined with the shaky start to the Yuma lettuce season, the market has reacted and has become active.

"Growers are enjoying some good markets right now," McBride observed. "A lot of the product in Salinas came on early and everything has been ahead of schedule. The desert has also had above normal temperatures for several months now. We are anticipating a challenging start to the desert deal and we can expect good markets through the holiday season."