For cherry growers everywhere, the weeks and months leading up to harvest are a nervous time - a sudden weather event can destroy the whole crop in an few hours’ time. For Howard Hansen at Hansen Orchards in the Huon Valley, Tasmania, this is not the case. 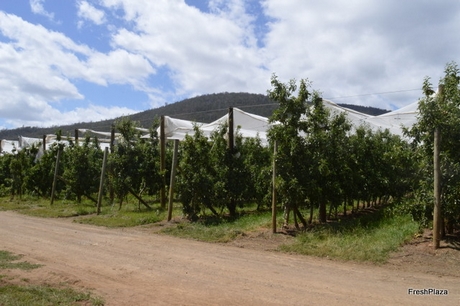 Howard is very positive about the coming season, he explained that they have put the investment in to protect the crop, “Cherry growers around the world find it hard to be optimistic because you never know what you are going to get till the day you pick them, it can all change so suddenly in this business. We now have 100% of our cherry crop covered so we are in a different mindset, we can see the crop and we are 90% certain we are going to put it in a box, no one else has ever been able to have that level of confidence. 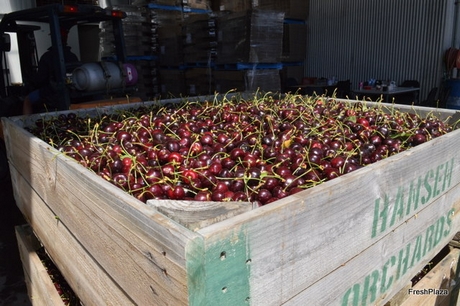 “We can see the fruit set now, the berries are 10mm in diameter and every day is a day closer to harvest, you don’t count your chickens before they hatch in this business but, fruit set is looking good and they are all under rain covers, so it's as good as it gets at the moment.” 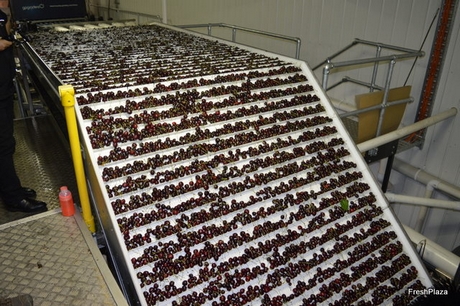 Timing is more back to normal this year. Last year Tasmania had a very warm November which brought the season forward, but this year it has been relatively warm with only had one or two days over 20 degrees in the Houn Valley. With the season back to normal timing and Chinese New Year 11 days earlier than last year Howard is feeling that everything will line up nicely. 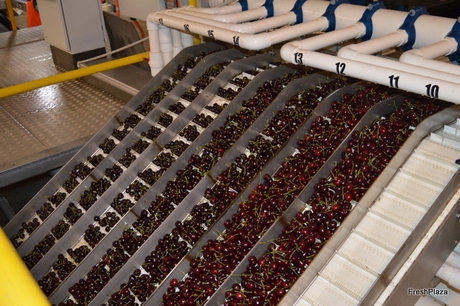 “South American cherry growers are already saying they expect to be 20% down in volumes compared to last year, although there was big increase from there last year, the challenge was that our timing was early and Chinese New Year that bit later, it seemed like everything conspired against us. The reality is that Tasmania is not commodity cherry supplier, we supply the gift market, but this year everything is looking positive and our normal segment of the market of supplying gifts to Asia for the New Year should be back to normal.” 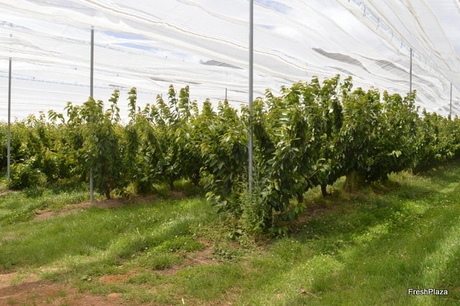 The first harvest at Hansen Orchards will be around 7th January and will continue till 10th or 14th Feb, the company has concentrated their expansion on the later Canadian varieties, so over the next two years that should extend the season even longer.

“The crop will not be significantly bigger this year, last year was a very big crop, this year the yield per hectare will come back to average but there are slightly more hectares, so we expect to be within 10% of last year’s volume,” said Howard. 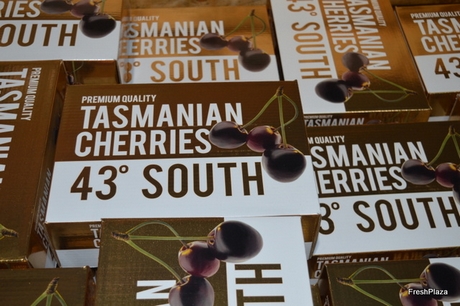 This year mainland Australia is sending the first volumes of cherries to China, but Howard reckons this will not affect the market for Tasmanian cherries, if anything it will complement it. “Normally when Tasmania starts in China we have to wrestle that order off another country which has been supplying when we come into the market. There is early season Australian production arriving into China now and hopefully they will do a good job and can keep those orders all the way through November, December and January and February until the Tasmanian supply enters the market.”