Brazil: Majority of growing avocado production is for domestic market

“The avocado production is growing in Brazil, but the majority is still for the domestic market. Around 93% of the total production is stays on the internal market, but there is a growing export. The consumption of avocado in Brazil is linked to sweet recipes. The majority of the population eats the pulp mashed with sugar and lime or as a smoothie”, explains Jonas Octávio, the president of Abacates do Brasil. 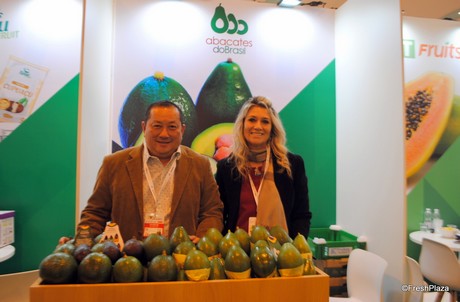 Jonas explains that they are developing the postharvest system, which results in better quality fruit that can be exported to the foreign market. “Today, in Brazil we have avocado supply all year round, but we mostly work with a few important varieties. Raking them in importance the most important varieties in the season are Geada, Fortuna, Breda, and Margarida.” In Brazil, the season of each variety depends on climatic conditions to be late or early. Besides the varieties mentioned, Brazil also produces the varieties Hass, Ouro Verde and Quintal. 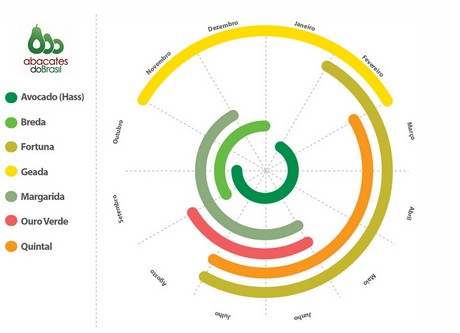 “The climate always affects the Brazilian production in some way. This occurs every year, either we have low production or high production. We have large production regions and the climate is different in each of these regions. When one region has problems because of the weather, it will get compensated by another region”, says Octávio. In general the production has grown a lot in recent years, but it’s expected to grow up to 40% a year during the coming years. “New producers have joined the association and this generates very positive results of great productions.”

The Brazilian avocado production is concentrated in the states of São Paolo, Minas Gerais and Paraña. The location of these regions, close to the port of Santos or international airports, is favourable for the export. These three regions together represent almost 90% of the national production.

ABPA, Brazilian Association of Avocados Producers, was created in 2006 as a non-profit organization. It’s a group of producers and those who represent the productive chain of Brazilian avocados. The primary goal is the promotion of avocados, such as the production, trade and industrialization. He concludes that for this year they are closing the season, as they only have small volumes available still. “We are already planning for January, as this is when the new harvest starts again.”